By EditorDecember 19, 2022No Comments4 Mins Read 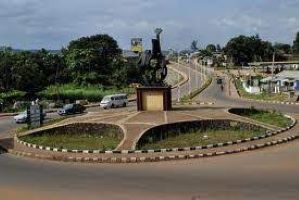 The people of Enugu Ezike in Igboeze North Local Government Area of Enugu State have cried out over killings, kidnappings and arson currently going on in the area by criminal gangs.

Ikengaonline understands that the current brigandage pervading the entire local government area has seriously become a big threat to this year’s Christmas celebration in the area.

It would be recalled that, the State Government had, in July 2022, drafted Soldiers to Igboeze North and South to restore law and order following series of killings by the unknown armed groups.

However, it appears that the presence of soldiers rather than solving the problem has worsened the situation as some group of  women recently carried out a peaceful protest denouncing the long deployment of soldiers with no effect.

Also, there has also been series of clashes between the joint security personnel in the area and some unidentified youths which many times have resulted to heavy casualties.

After the protest by women, a group came out to declare a 10-day sit-at-home and banned people from attending the Ozzi market for the period.

Ikengaonline, however, learnt that the order was not obeyed by the community as everything went normal.

A Governorship candidate of one of the political parties in the state recently lamented the situation in Aguibeje community, describing it as total anarchy.

“Aguibeje is deserted with no single person on the street. The whole community are inside their houses for fear of being killed, this is a disgrace,” he said.

Ikengaonline investigation revealed that, what is happening in Igboeze North started as, Biafra agitation by members of the Indigenous People of Biafra, IPOB, and gradually, the Eastern Security Network, ESN.

The situation degenerated after one of the leading political parties in the state concluded its primary election in June, which excluded many promising aspirants.

A reliable source told Ikengaonline that, some powerful people were denied tickets for political positions hence some of them vowed to retaliate by ensuring that, that same party cannot win election in their domain.

“Most of what is happening today is more of political but sometimes they hide under IPOB/ESN.

“It is the rivalry between those who are opposed to dominant powers in Igboeze North and those who want to continue in power at all cost,” he said.

Meanwhile, another source said that, the worrisome aspect of the bad situation is the issue of kidnapping for ransom.

“It is a dangerous dimension. My friend was kidnapped from his house recently and the boys demanded for N1,000,000 or he would be killed.

“We had no option than to borrow money and also sell our land to complete the money and send to them before he was freed,” he said.

He further revealed that most of the boys were known by the community people. “Everybody is afraid to even talk, talk-less of reporting them to the law enforcement agents.”

“In fact, you are gone once they discover that you are the one that reported them.

“Many of them belong to different cults and you dare not challenge them,” he said.

Meanwhile, a citizen of Enugu Ezike residing in Enugu recently expressed fear about what will happen during this year’s Christmas celebration.

“According to him: “I will not go anywhere near home, I don’t want boys to kidnap me,” he said.

A recent viral video by a citizen, Mr Udo Oha 1 of Enugu Ezike, emerged calling and appealing to youths and those involved in the mayhem to retrace their steps and embrace peace for the good of the people.

He said that what is happening now in Enugu Ezike was caused by the people and described the situation in the area as very bad.

He said that enough is enough, he told youths belonging to different groups to stop claiming to control Enugu Ezike, adding that “the present government was elected by all of us, therefore if you want to remove them and take charge they will resist you.

“I am appealing to the different groups, whether you are IPOB or ESN, or any other group please let’s give peace a chance,” he said.

As it stands now, most indigenes of Igboeze North are deciding to stay put wherever they reside and celebrate Christmas for fear of the unknown.