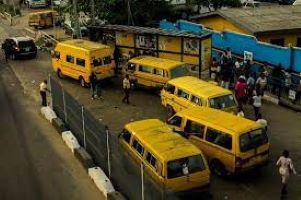 The current rising cost of Premium Motor Spirit, PMS, popularly known as Petrol, in Enugu State  has become a source of worry to many commuters who have described the situation as additional burden to the plight of the masses.

Ikengaonline reports that, the price of the product has risen to, as high as, N300 per litre in some filling stations across the state.

Reports also show that, there are long queues in many filling stations, especially those that sell within N200 per litre as motorists lined to get the product, sometimes causing heavy traffic gridlocks.

In the light of this, commercial drivers and tricycle, otherwise known as Keke, operators in Enugu have increased their prices from one point to another.

The tricycle operators now charge N100 as minimum drop as against N50 being charged before now no matter the short distance.

Also, bus drivers have added N150 to their charges per minimum drop, a drop which hitherto goes for N200 is now N250.

In an interview, a commuter, Mrs Adaorah Nwobodo, said that the development was giving her some sleepless nights.

“I just came to buy few items at Ogbete here and from New Heaven, I paid N150 coming, now I am paying N200 because of this small bag of onion that I bought.

“The driver said it is because of fuel price increase. This is really unfair, and an additional burden on the masses,” she said.

Also, Mr Mark Eze, a civil servant, told Ikengaonline that, he was sad about the latest development, adding that if the situation continues, he may resort to skipping office.

“If things continue this way till January, I will device a means of skipping duty because my salary cannot cope.

“I live at Awkunanaw area and work in the Secretariat which is at Texaco area. Before I used to pay N250 for bus but with the current situation, I now pay as high as N500 from my house,” he said.

Agu said that with his current salary, it was not realistic.

“My salary cannot cope with this type of challenge, something needs to be done and urgently too.

“I suggest that the government at all levels should increase the salary of workers as they are the worst affected in this circumstance,” he said.

In the same vein, Mrs Uzoma Nwamgbeke, a petty trader at Garki Market, Awkunanaw, said she found it very difficult to go to new Market where she buys most of her items due to the increase in transport fares.

“I can’t tell you lie, it had been hectic because of the current situation.

“Any amount of money you go to market with now, before you come back it’s finished and you can’t see what you bought, ” she said.

She appealed to the government to look into the fuel situation, with the view to alleviating the suffering of Nigeria masses.

“I think the government must do something to help us, the poor. Things cannot continue this way or else, how do we survive,” she said.