By EditorDecember 22, 2022No Comments5 Mins Read 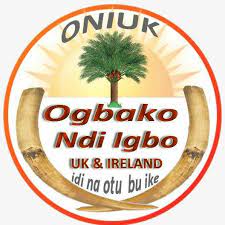 The umbrella body of Igbo community associations in the United Kingdom, Ogbako Ndigbo UK, has expressed disappointment over the modus operandi of the Ebubeagu security outfit, accusing South-East Governors of using the regional  outfit as weapon of oppression against their political opponents.

This is as the association demanded the immediate and unconditional release of the Leader of the Indigenous People of Biafra, IPOB, Mazi Nnamdi Kanu, as already declared by many courts of competent jurisdiction.

Ogbako Ndigbo UK regretted that instead of using Ebubeagu to defend Igbo communities against unprovoked attacks by the murderous herdsmen, the Governors rather use them to suppress their perceived opponents.

“It is sad to note that while some of our suggestions towards improvement of security in Igboland like the formation of a regional security outfit was seemingly adopted leading to the emergence of Ebubeagu Security Outfit, the mechanism of its formation and their modus operandi has left much to be desired as they have become a tool of oppression of perceived political enemies and not a fair and just security enforcement outfit,” Ogbako Ndigbo UK regretted.

The group in a communique jointly signed by Dr Jude C Eze (Ugwumba); and Stanley Amadi;  President, and Secretary General, respectively, urged South-East Governors to do more to protect vulnerable communities against herdsmen and bandits attacks.

Ogbako Ndigbo UK decried the incessant attacks by herdsmen and the resultant displacement of hapless folks in many communities in Igboland.

The statement made available to Ikengaonline read in part: “As we noted in our last communique, there has continued to be a sustained erosion of security in our Igbo homeland. This has heightened now with incessant kidnappings, vandalism and takeover of farmlands of our people purportedly by Fulani armed herdsmen.

“IDP camps are now being set up in Ala Igbo for our people displaced by these activities. We are thus in a situation akin to war times while supposedly in a peace-time!

“One of the primary responsibilities of any government is to protect lives and properties of citizens and we still cannot comprehend how these unlawful and evil acts can continue to go on for so long and remain unpunished in a country where the rule of law is said to be paramount!

“In our previous letter to the Executive Governors of the South-East states, Ogbako Ndi Igbo UK had solicited  concerted efforts by the governors to tackle these security challenges facing our people.

“We task our state governors to do more to protect our people when they are under attack before things escalate out of control as is currently the situation in Eha-Amufu and other flash points in Igboland.

“The people affected should be adequately taken care of in the interim and restored back home with adequate protection as soon as possible with compensation for losses where required.

“We declare our support for the community vigilante groups working to protect our people at home and call on the various state governments in the South-East to align their efforts with them by providing them every necessary backing with a view to getting rid of the evil perpetrators who inhabit our lands/forests.”

Ogbako Ndigbo UK argued that the Federal Government had no justifiable excuse to still hold Kanu even after many courts had ordered his immediate release.

“We ask for the unconditional release of Mazi Nnamdi Kanu and the full restitution of his human rights which have been eroded by his unjust arrest and prolonged detention.

“Mazi Nnamdi Kanu (MNK) was abducted illegally from another country and confined to solitary confinement by the Federal Government with regular disobedience of all court ruling regarding his human rights and release.

“This is even more worrisome when terrorist group leaders are walking around freely ostensibly because of their religious affinity with the people at the helm of the country.

“Justice delayed is justice denied and Ogbako Ndi Igbo UK is worried about the economic state of Igboland with the never-ending Monday sit-at-home which the people maintained as form of protest as long as MNK continues to be detained illegally.”

The group urged Ndigbo not to miss the opportunity to elect credible leaders in 2023.

It also urged people people to stoutly resist any attempt to disrupt the forthcoming polls in any part of Igboland.

“Our land cries for true Igbo leaders – both in social and political spheres. The general elections coming up in 2023 presents Ndigbo with an unabashed opportunity to select genuine Igbo representatives both locally and more importantly at the centre, who will be accountable to the people and who will work for the progress of Igboland.

“We may regret the coming years even more if we miss this opportunity. This is a moral duty to our land, and everybody should ensure we carry out this divine mission.

“Ogbako Ndi Igbo UK shall continue to offer our support to governments at all levels in the attainment of security, peace, and justice for all. We will continue to promote the good values of our people and will not fail in our avowed duty to rise to threats to our kith and kin anywhere this occurs.”