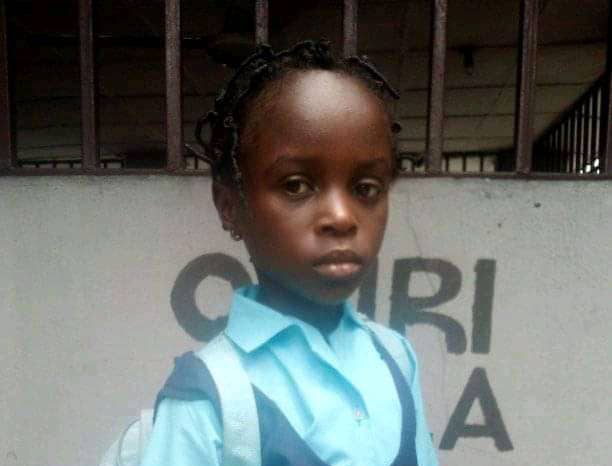 The Civil Rights Realisation and Advancement Network (CRRAN), has petitioned the Commissioner of Police, Enugu State Command, over a Nine-year-old girl, Miss Precious Korshima, who was allegedly beaten to death by her mother, Mrs Ujunwa Ugwuoke.

In the petition signed by, Barr Olu Omotayo, President of CRRAN, the organization asked the CP to urgently intervene in the matter to ensure justice for the victim.

In the petition, Omotayo alleged that, Mrs Ugwuoke beat her daughter to death and dumped her corpse in the bush.

“We write to you in respect of the above-mentioned matter on behalf of Mr. James Achikpi Korshima (37) from Vandeikya Local Government Area of Benue State, but Hlives in Port Harcourt, Rivers State,” he said.

According to him, Mr. Korshima the father of the late Precious Korshima came to their office in company of Mr. Terfa Kaaimo, President of the Tiv Community, Enugu State.

“Korshima narrated how he got to learn that his nine year old daughter Precious korshima, was beaten to death by the woman she lived with at Fidelity Estate, Enugu, who later dumped the corpse in the bush and the corpse was burnt by residents of the area where it was dumped,” he said.

Continuing, he said: “Mr. Korshima stated that sometimes in March 2022, a business woman Mrs. Nelly Okoroafor, Who lives in Port Harcourt, Rivers State, approached him and pleaded with him to give her little daughter, MISS PRECIOUS KORSHIMA (9 year old) to train in school through her friend in Enugu, Mrs. Ujunwa Ugwuoke, as it would be her own little way of helping the poor Korshima and to also help Ugwuoke  look after her new born baby.

“Korshima said he released her little daughter to Mrs. Okoroafor and subsequently Precious was sent to MRS.Ujunwa Ugwuoke who lives in Fidelity Estate, Enugu.”

The petitioner further alleged that, the late Precious lived with her until the 10th November, 2022, when Korshima received a strange phone call from an unknown caller using Mrs Ujunwa’s phone number, and claimed that they kidnapped Mrs. Ugwuoke, her baby and Precious and demanded ransom of N20 Million Naira.

According to him, he pleaded with the alleged kidnapper that, her little daughter was only a house help and that he had no means to raise such amount of money; instead he would get in touch with the family of Mrs Ujunwa.

Korshima said he did got in touch with Mrs. Ujunwa’s family and the husband who lives abroad but they all feigned ignorance or the alleged kidnap.

“However, in bizarre turn of events Mrs Ugwuoke and her own daughter were allegedly released from the kidnapper’s den and little Precious was alleged to have been murdered, according to Mrs Ujunwa.

“Korshima said he reported the matter to the New Heaven Police Station Enugu. The DPO of the Station later told Korshima that the matter has been transferred to the Anti-Kidnapping Squad Enugu.

“It was after some days at the Anti-Kidnapping Base that Mrs. Ugwuoke admitted that she beat Precious to death and dumped the corpse off Port Harcourt Expressway immediately after the military checkpoint after the University of Nigeria Teaching Hospital (UNTH) Ituku Ozalla Enugu State,” he said.

According to him: “The Police told him that when they went to the scene, they learnt that the Igwe of the community gave order that the youth should burn the decomposing body because of the offensive smell from the body.

“The Igwe did this illegal act without informing security agents of the presence of the corpse in his domain,” Korshima said..

The CRRAN then demanded the commissioner of police withdraw the matter from the Anti Kidnapping unit of the force and immediately commence murder case investigation.

“We submit that this is a clear case of murder and the investigation of the case has nothing to do with the Anti-Kidnapping Base.

“We urge you to immediately order that a thorough investigation of this heinous crime be carried out by the Homicide section of the State Criminal and Investigation Department (State CID), of the State Police Headquarters, Enugu.

“Ujunwa Ugwuoke killed the little child in a cruel and barbaric way and dumped the corpse in the bush while the Igwe in question completed the unlawful act by ordering the burning of the corpse.

“Korshima further prayed for the release of the remains of his dead child to him so that he can give the child a decent burial.

“We join Mr. Korshima and Mr. Terfa Kaaimo the President of the Tiv Community Enugu to demand Justice in this case. The Killers should be made to face the full wrath of the law,” Olu said.