By EditorDecember 23, 2022No Comments3 Mins Read 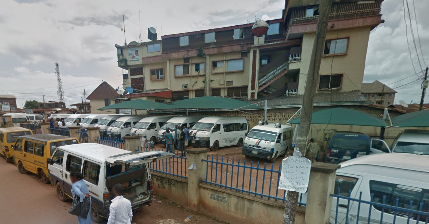 Ikengaonline reports that, most transport companies are not recording appreciable passengers two days to the Christmas celebration.

At the Garki motor parks, the fares from Enugu to Owerri remained N3000 by Sienna and N2500, by bus.

Holy Ghost area, which has the largest concentration of transport companies, Ikengaonline observed there was no passenger-rush compared to previous seasons.

The fare from Enugu to Aguata in Anambra State remains N2500 by Sienna while Enugu to Onitsha by Upper Iweka is N3500.

Enugu to Calabar, through Onitsha South Transport Company by Sienna goes for N7000.

In a related development, livestock sellers at the New Artisan Market, Enugu, have lamented low patronage of their goods with just a few days to Christmas celebration.

Speaking to Ikengaonline, some sellers who spoke to our Correspondent in Enugu said patronage was low compared to previous years.

He attributed the low patronage to the prevailing economic hardship, saying there is no money in circulation.

“A trailer load of Cows from Mubi to Enugu that used to cost N1.2 million, now costs up to N2.5 million with collection of different types of levies on the road by the so-called “Produce operators.”

The chairman, Retailers of Goat and Ram Association at the market, Yahaya Saidi, said the low patronage is nothing to write home about.

Another seller, Mr Sulaiman Mmaduabuchi, from Ebonyi State who sells Rams, Goats and other livestock, said the major challenges of the livestock sellers are transportation cost.

He said that Rams are now costly; a sizeable ram now costs N150,000 due to the high increase in prices of fuel and diesel.

Mmaduabuchi urged the Federal Government to reduce the price of transportation to make prices of the goods lower.

Mr Greg Chukwu, who wanted to buy a cow, said his plans and budget have been altered owing to the high cost of cow.

“We are here to see if we can buy a cow for Christmas and from what I am seeing, we have to make amends so as to get a good and cheaper one.