By EditorDecember 26, 2022No Comments8 Mins Read 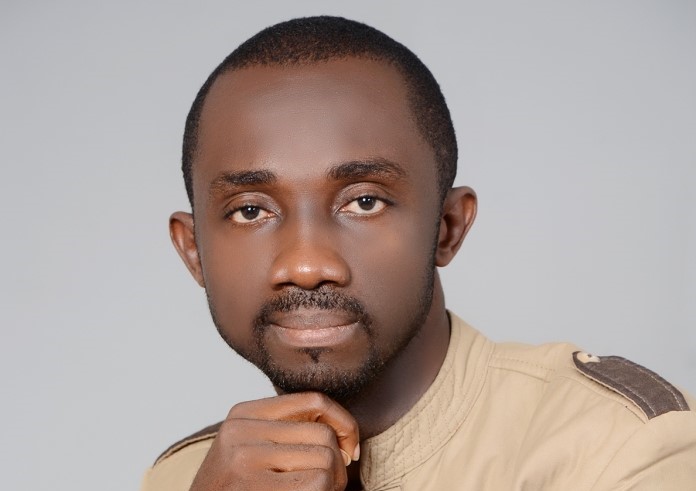 The Nigeria Union of Journalists (NUJ) Anambra State Council has ended 2022 in a grand style with a charge on the electorate to collect their Permanent Voter’s Card, PVC, so as to be able to participate in the forthcoming general election.

This is coming as the Senatorial Candidate of the New Nigeria Peoples Party (NNPP) for Anambra Central District,  Princess Helen Mbakwe, a lawyer,  has promised that  if elected, her constituents would enjoy the benefits of quality representation.

Princess Mbakwe further said she was driven by the passion to do things positively different so as to bring succour to her constituents.

She outlined empowerment, educational support, youth and women engagement as well as welfare schemes as part of her legislative agenda which she said would translate to employment opportunities, security, productivity at the grassroots level and excellence in education in the entire Anambra Central Senatorial zone when elected.

While urging all and sundry to utilise this window of opportunity to collect their Permanent Voter’s Cards (PVCs), she said the task of creating a new Nigeria which her “party represents is a collective struggle for all which should be supported by every Nigerian irrespective of party, ethnic or religious affiliation.”

Mbakwe asked Nigerians to take their destinies in their hands and vote wisely during the elections so as to elect people with their interests at heart and not money- bags  who are only after their own selfish interests.

“You need to do new things to see new things happen. I’m just one person just like every other person but I want to go and see what I can do to see that Nigerian is made anew. It is a tall order I know but we shall succeed.

“It is education that will change a lot of things going forward. We also need to care for the physically challenged people because they need to be included in this country. There are the mothers also who fight lots of battles to have their head high. We need to give the mothers opportunities by empowering them and making them stay empowered.

“Under my stewardship, come 2023 and beyond, Anambra Central will look forward to households and individuals feeling the impact of a new Nigeria. They will have relief and welfare to make them relax a little from where we are coming from and from the dream we have going forward,” she said.

Later, the Anambra state Commissioner for Education, Professor Ngozi Chuma-Udeh called on journalists to always bear the society in mind while discharging their duties as the watchdog of the society as their reportage is capable to build or destroy.

Professor Chuma-Udeh while commending the efforts of journalists in nation building, acknowledged their powers to build and to destroy through their reportage, encouraging them to always abide by the ethnics of the profession so as to effect positive change on the society.

The Education Commissioner enjoined journalists to keep to the tenets of the profession while also appealing to them to guard the peace and unity of the country jealously in the discharge of their  duties.

“Without journalists, we will remain in darkness. But, I advise you not to practice journalism at the expense national peace. As you disseminate information, be always on the path of truth,” she advised.

The Chairman of the Anambra NUJ, Dr Odogwu Emeka Odogwu and the Vice Chairman of the union, Comrade Ngozi Obileri thanked members of the union for maximally supporting them since they assumed office, encouraging them to continue to be professional in the journalism work, even as they prayed for God’s blessings and protection on them in the remaining days in 2022 and the year 2023.

Odogwu urged NUJ  members to remain the conscience and moral parameter of the society.

“Be careful with friends. As journalists, you must know where to draw the line of friendship because your friendship must not undermine the performance of your job.”

In their separate remarks, the Traditional Ruler of Umuawulu in Awka South Council Area, Igwe Joel Egwuonwu;  his Osomala, Ogbaru Council Area counterpart, Igwe Chukwuemaka Awogu, commended journalists for their efforts towards a better society through their reportage of events.

Similarly, Anambra NUJ Patron and a one time President of Ohanaeze Ndigbo as well as President of Nkwelle Ezunaka Community, Chief Chris Eluemuno  commended journalists in the state for their daily efforts towards reshaping the society for the good of the voiceless.

He reminded them the need to remain unbiased in covering the forthcoming general elections, saying the election will determine the future of Nigeria.

Speaking, the Chairman Organizing Committee for the event, Comrade Joy Mbachi and the Secretary of the Committee, Dr Njideka Ezeonyejiaku, appreciated the event sponsors and members of the union for their supports in making the event a success.

She  called on the general public to always support journalists as their contributions in societal development cannot be over emphasized.

The event featured award presentation and  installation of patrons of the union, among other things.

Ezeonu urged Nigerians to get their PVCs and perform their civic responsibility next year.

The ex-REC said  the Electoral Law as amended, has made rigging impossible.

“BVAS approval has tightened the loopholes in card readers, making the electorate more confident that their votes will count,” he said.

Ezeoonu, however urged journalists to always be professional in their reportage.

According to him, the Bimodal Voter Accreditation System, BVAS and the electronic transfer of result are two measures taken to secure the integrity of the ballot.

He appealed to Nigerians to come out en masse to vote for candidates of their choice, even as he tasked the media to be alive to its responsibilities at this critical time of the nation’s electoral history.

“You owe the society education, sensitisation and mobilisation. Journalists are critical to our survival as a people.”

“I assure that nobody can rig the elections again. The BVAS is the best thing that has happened to the nation’s electoral system. Your vote is your power. Come out and exercise it on the election day.”

Speaking also, the traditional ruler of Umuawulu, Igwe Dr Joel Egwuonwu, on behalf of High Chief Dr Azubuike Ekweozor, one of the patrons of NUJ, charged members of NUJ to report with love, bearing the good of Nigeria in mind at all times.

High-point of the event was the presentation of the 2022 Professor Chinyere Stella Okunna Award for Ethical Journalism, which was won by Alfred Ajayi of Radio Nigeria Purity FM Awka.

In her brief remarks on the award, the benefactor, Prof. Okunna, first female Professor of Mass Communication in Sub-Saharan Africa, said she initiated it out of her love and passion for ethics and to encourage media professionals to value ethics which according to her is everything in journalism.

She said Journalists should be ethically balanced in their reportage for a better society.

Winner of the award,  Ajayi, described it as a dream come through.

“It’s a long journey. It teaches me that there is time for everything. It’s my turn today and I give God the glory.”

“I particularly value this because it is coming from my own constituency, the NUJ. It’s a fulfillment of a dream,” he concluded.