By EditorDecember 26, 2022No Comments3 Mins Read 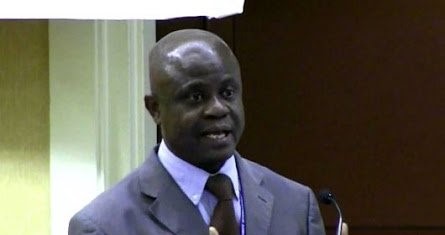 Professor Madubuike Ezeibe who discovered HIV/AIDS therapy, has threatened to migrate to Ghana should the 2023 presidential polls fail to produce the desired result.

The Professor of Virology who is the Chairman, Igbo Think Tank Board of Trustees, BoT, disclosed this during a press briefing in Umuahia, said 2023 elections must be credible in the overall interest of the country.

“I will migrate to Ghana if Nigeria gets it wrong in 2023,” he threatened.

The Igbo Think Tank BoT Chairman who said the group in synergy with Nzuko Ndigbo, is organising the fourth edition of its International Christmas Retreat in Abia, noted that far-reaching decisions bordering on 2023 would be taken at the retreat.

Professor Ezeibe who was flanked by the Leader of Nzuko Ndigbo, Chuks Ibegbu, gave the theme of the retreat as: “Ndigbo Yesterday, Today and Tomorrow,” and the sub-theme as: “Ndigbo in Geo-Politics of Nigeria, the Case of 2023.”

The retreat according to him is scheduled for Wednesday December 28 at Michael Okpara Auditorium Umuahia.

According to him, the event  will witness lecturers, speeches, and  declarations.

Former Director General of National Orientation Agency, NOA, Professor Elochukwu Amucheazi; Professor Obasi Igwe of the University of Nigeria, Nsuka; are among those expected to deliver speeches at the retreat.

He harped on the need for a peaceful and credible election in 2023, arguing that Ndigbo will be affected most if Nigeria goes up on flames as they are found in every part of the country making a living.

The Igbo Think Tank BoT Chairman urged the Federal Government to heed the appeals to dialogue with agitators of self determination for peace to reign instead of using sledge hammer on them.

He recalled that a former Governor of Ekiti State was once a champion of Yoruba agenda cause on Radio Kuidarat after the death of Moshood Abiola before the West was compensated with presidency in 1999.

“So, what is the difference between what he was doing then on Radio Kuidarat, and what Nnamdi Kanu did in Radio Biafra? He later became Governor in Ekiti State, meaning that if you dialogue with the agitators, they can also make meaningful contributions tomorrow for the good of all.”

He said Nigerian elders who intervened and facilitated power shift to South-West in 1999 to stop the rising tension in the region following the death of Abiola, the acclaimed winner of the 1993 presidential poll, should play similar card in 2023 in favour of the South-East.

Professor Ezeibe, however, commended some elder statesmen including former President Olusegun Obasanjo; Yoruba Leader, Pa Adebanjo; among others, for their candid support for power shift to the South-East for the sake of equity and fairness.