By EditorDecember 27, 2022No Comments4 Mins Read 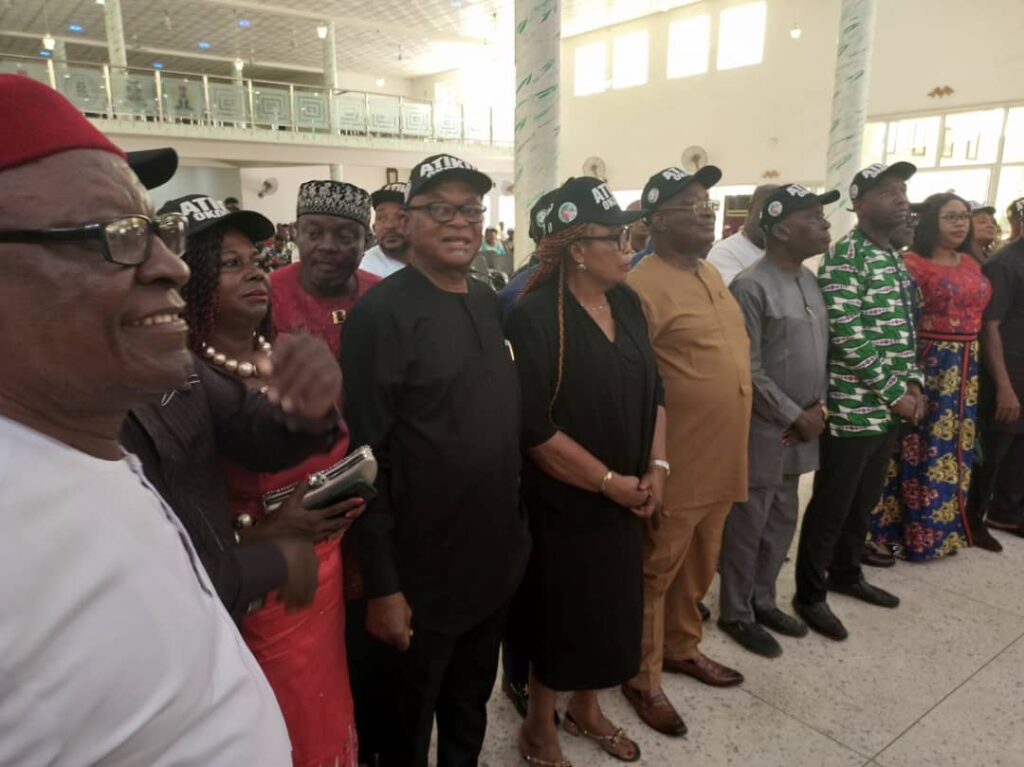 Former Senate President and the Acting Chairman of the Board of Trustees (BoT), Peoples Democratic Party, PDP, Senator Adolphus Wabara, has urged Ndigbo to support the presidential candidate of the PDP, Atiku Abubakar, expressing confidence that he will not renege on his promise to hand over power to a successor from South-East.

Wabara who made the appeal in a remark after the inauguration of Atiku/Okowa Presidential Campaign Council Tuesday in Umuahia, said that Atiku had a better chance of winning the presidential poll, hence the need for Ndigbo to identify with him.

“Let’s go where the President will emerge from. Atiku has promised to hand over power to a successor from Igbo and I believe he will do it. Let’s be patient and support him.

“Nigeria is not a one-party state. Certain things are discussed just like in 1999 Ogbonnaya Onu was clinching the ANPP presidential ticket but the elders discussed and asked him to step down for Olu Falae.”

Apparently referring to the PDP G-5 Governors who are not yet supporting the Atiku candidacy, Wabara said “nobody should play god.”

He disagreed with the biblical parable of the lost sheep, arguing that instead of losing the 99 in the fold while in search of the lost one, its is better to lose only the lost one.

The PDP BoT Chairman also stressed the need for Ndigbo to be united so as to achieve their political dreams in Nigeria.

He expressed shock that only 14 out of 95 delegates from the South-East at the PDP presidential convention voted for a presidential aspirant from the zone.

Inaugurating the council, former Abia Governor and South-East Coordinator for Atiku/Okowa Presidential Campaign Council, Senator T. A. Orji, charged the members to be dedicated and work hard to deliver Atiku in the forthcoming presidential poll.

Orji said that the success of the former Vice President would be determined by how hard-working the PCC is.

Senator Orji who also called for unity among party faithful warned members against sabotage and betrayal.

He called for patience among those who felt they had not benefited from the party, saying that every member would be favoured if PDP wins the forthcoming polls.

“If you are not favoured today be patient you will be favoured tomorrow. Now that we have a presidential candidate and our brother is the running mate, we should support them so that we go to the election united and to win not to lose.”

Senator Orji charged the members of the PCC endeavour to deliver the former Vice President in Abia.

In a remark, former chairman of the Niger Delta Development Commission, NDDC, Chief Onyemma Ugochukwu, however, said the presidential election would not be easy  in the South-East.

Chief Ugochukwu who is a BoT member of PDP, urged the members to work hard and prove that “Abia belongs to PDP.”

Drumming support for the PDP candidate, Ugochukwu said that “Atiku is a strong believer in restructuring.”

He argued that most of the agitations of Ndigbo would be addressed if Nigeria is restructured.

Former Secretary to State Government, SSG, Dr Eme Okoro, said Atiku would be the best choice for Ndigbo in 2023.

Responding, Abia State Coordinator for Atiku/Okowa PCC, Chief Charles Ogbonnaya, said that the PCC was poised to deliver on its mandate.

The former Commissioner for Trade who predicted victory for Atiku in 2023, assured that that council would do its best to secure Abia for the PDP flag bearer.

Meanwhile, Gov. Okezie Ikpeazu, a member of the Gov. Nyesom Wike-led G-5 Governors was absent during the inauguration.

No reason was given for his absence.