By EditorDecember 28, 2022No Comments5 Mins Read 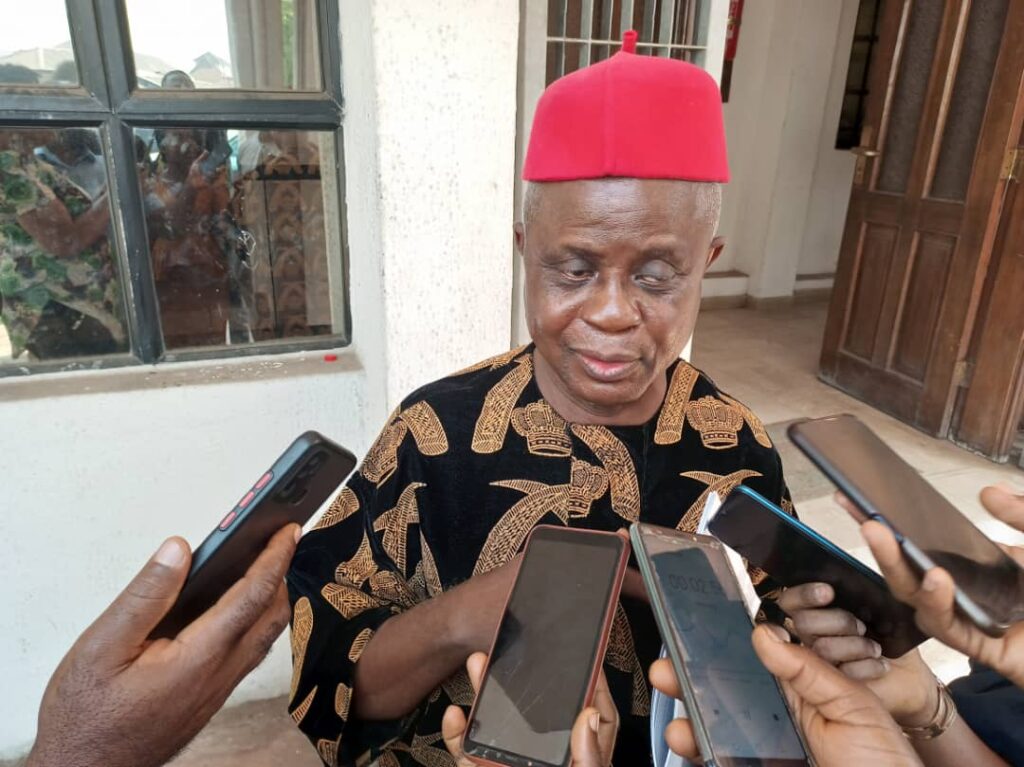 The retreat was organised by Igbo Think Tank and Nzuko Ndigbo with participants from the Igbo-speaking states including Delta State.

According to the participants, the  of a Nigerian President of South-East extraction in 2023 will arrest the agitation for self-determination being propagated by Igbo youths.

In a communique issued at the end of the one-day event, participants appealed to Nigerians to give South-East a sense of belonging in the spirit of equity and justice and vote Obi who they said, stands tall among others candidates in the presidential race.

The communique jointly signed by the Chairman, Board of Trustees of Igbo Think Tank, Professor Madubuike Ezeibe; and the President of Nzuko Ndigbo, Chuks Ibegbu, said aiding the South-East to produce Nigeria’s President in 2023, would heal a lot of wounds and set the country on the path of greatness.

It  urged Nigerians to vote for a competent presidential candidate from the South East as was done for the South West in 1999 by the Nigerian elders to quell the unrest in the zone following the annulment of June 12, 1993 presidential poll.

According to the communique the only workable solution to the rising agitation in the South-East is to fix the cause of the agitation which is political exclusion of the zone from Nigeria’s power equilibrium.

The communique obtained by Ikengaonline read in part: “Electing a Nigerian President of Igbo extraction in 2023 will make it impossible for agitators to convince young ones to join them and give us peace in the South-East as happened with NADECO in the South-West in 1999.”

It argued that since every geopolitical zone in southern Nigeria except South-East had produced the President, power should shift to South-East in 2023 for the sake of equity and justice.

The communique further read: “It was expected that the 1999 scenario of leaving presidential contest to only people from deserving zone should have been repeated for the South-East in 2023 but the retreat still went further to examine current presidential candidates on merit and came to the conclusion that the only Igbo man among the front runners is still the best based on verifiable character, age, intellectual capacity, physical health and past record.

“So, if he is denied opportunity to lead his country, it would suggest that the Igbo are not being seen as equal Nigerians.”

The communique urged leaders of various states to support Obi, and encouraged voters to vote for competent candidates from other political parties in any state which adopts Obi.

“Labour Party candidates who may lose because of this appeal should be rewarded with appointments by Peter Obi,” it suggested.

The retreat further advised Obi if elected, President in 2023, to form a Government of National Unity instead of the usual  “winner takes it all.”

The communique also called for the immediate creation of additional (parity) state for the South-East as recommended by the 2014 national conference to bring the zone which has only five states at par with others with six except North-West with seven states.

“Leaving the South-East with only five states and 95 LGAs amounts to marginalisation and it’s helping the agitators in their campaign.”

The retreat noted that the frequent attacks on Igbos living in other parts of Nigeria and their business interests were due to jealousy “made worse by the attitude of some Igbos who are arrogant and boastful.”

It, therefore, resolved to pursue policies that would make most Igbos remain at home while attracting other Nigerians to Igboland for investment.

He said that “Obi has a track record of achievements,” had shown capacity and competence above other contestants.

Isiguzoro argued that it would be unfair to have a Northerner succeed another Northern in a multi-ethnic country like Nigeria.

“We cannot afford to have a transition of a Northern to another Northern President or from a Muslim to another Muslim while others have not been given their fair share.”

Isiguzoro, therefore, pleaded with Ndigbo and all progressive Nigerians everywhere in the country to collect their Permanent Voter’s Card, PVC, and vote in Obi for a better country.

“Everyone who has suffered from the misrule of APC and PDP from 1999 should join the current efforts to change the narrative by voting out all those who think that Nigeria is their estate or  birthright.”

Professor Ibe later in an interview with newsmen said that any Igbo irrespective of ones political leaning that works against Obi’s political ambition is not a true Igbo.

He noted that for the first time an Igbo political office seeker is getting national acceptance, thus, every reasonable Igbo should support him.

The professor of Virology also appealed to the G-5 PDP Governors to adopt Obi as the shortest way to re-gain the control and relevance in PDP.

He said that since Obi formerly was of the PDP fold it would be naturally easy for him to be supported by PDP National Assembly members if elected, and then the G-5 Governors accommodated in the power arrangement.

Ezeibe said that if the G-5 Governors give their support to the All Progressives Congress, APC candidate, they would lose relevance as well as the support of Nigerians.

He, therefore, advised them not to misfire as they make up their minds to adopt a presidential candidate any time soon.