Motorists lament as petrol sells for N400 per liter in Abia

By EditorDecember 29, 2022No Comments1 Min Read 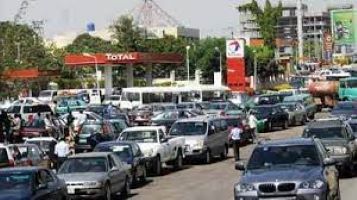 Motorists and commuters mourn as petrol sells for N400 per liter in most petrol stations in Umuahia the capital of Abia State.

Although in some petrol stations a liter sells for N380 there is scarcity of the product in the capital city as most stations were not attending to customers.

In the few stations where the product was available, there were long queues of vehicles.

Transport fare has since doubled as Umuahia to Ohafia which was N1000 before December now goes for N2000.

Umuahia to Aba which was going for N700 before now is charged for N1000.

A motorists, Mr Oleka told Ikengaonline that the economic hardship inflicted on citizens as a result of the high cost of petrol is becoming unbearable.

He appealed for government intervention to cushion the effect on citizens.