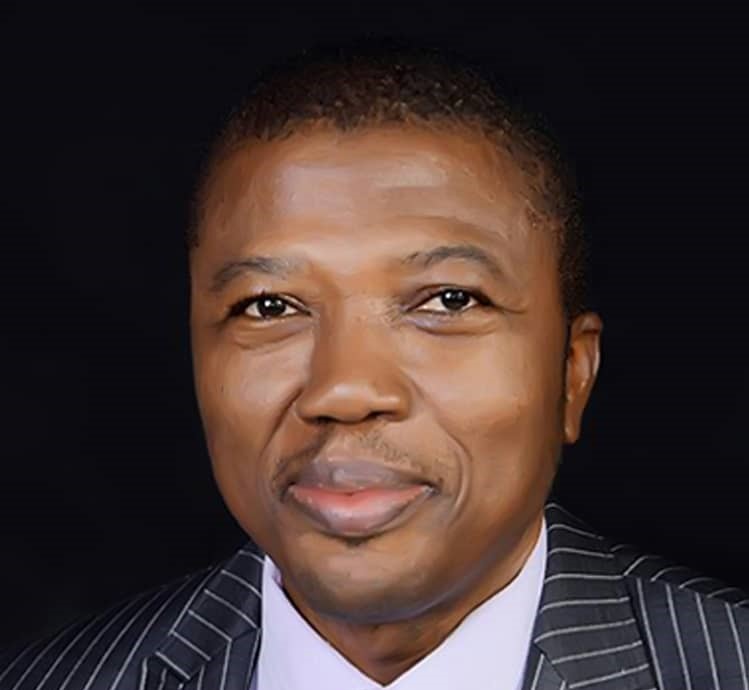 The Board of Trustees of foremost Ebonyi Youth Group, the Izzi Nnodo Youth Forum, has adopted the state governorship candidate of the Labour Party, Edward Nkwegu, as their consensus candidate for the 2023 gubernatorial election.

The Board which is made up of past Chairmen of the Forum also dissociated themselves from the purported  endorsement of the All Progressives Congress (APC) candidate, Ogbonnaya Nwifuru, by some members of the Forum.

Chairman Board of Trustees,  Maurice Mbam, stated this while briefing the media on the outcome of  the Board’s meeting in Abakaliki, capital of the state.

Other members of the board who attended the meeting include Pioneer President – Comrade Edward Nwenu, their immediate past Chairman, Hon Mike Nwambam and the Chairman of the Elders’ Council, Peter Oyon.

Some members of the Forum led by the incumbent President, Ben Nwovu, who is also the Special Assistant to the Governor of Ebonyi State on Road Maintenance, had earlier endorsed Nwifuru.

But the Forum’s Board of Trustees alleged that the endorsement of Nwifuru was induced, with no consultation made to any of the Board Members.

The Board argued that the Ebonyi economic challenges demand that a person of Nkwegu’s stature, who has outstanding character, competence, capacity and commitment in wealth creation and human development, should become the next governor in 2023.

“We hereby adopt Architect Dr Edward Nkwegu, the Ebonyi gubernatorial candidate of the Labour Party as our consensus candidate for the 2023 governorship election in our state.

“This is in line with equity, fairness and justice. We hereby call all the sons and daughters of the Izzi Nnodo clan both home and abroad, to join hands to support the candidacy of Architect Dr Edward Nkwegu of the Labour Party come the 2023 governorship poll in our state.

“This will bring peace, unity and progress, not only in Izzi land but to the entire Ebonyi State. The support for Sir Edward Nkwegu is the result of his credibility, clarity of purpose and unity of Izzi land and Ebonyi State at large. This adoption is the main adoption of the forum,” they said.

Both Edon and Nwifuru are from Izzi clan, one of the largest clans in the State predominantly found in three of the four local government areas in Ebonyi North Senatorial zone.

The forum noted that the Izzi people have been backing the zoning system on the gubernatorial position since Ebonyi returned to democracy.

The board therefore appealed to other clans across the three senatorial zones of the state to replicate the gesture by supporting Nkwegu’s candidacy to be their Chief Servant come 2023.

Mbam declared that: “this has come to be a very important decision, following the meeting of the board of trustees of the Izzi Nnodo Youth Forum who deliberated and resolved to eschew any form of political hooliganism, threats to life and property.”

The group also condemned every form of victimisation undue violence, unjust influence and vote buying ahead of the 2023 general election.

The forum, according to Mbam, also requested that the state government should give all the political parties a level playing ground, to exercise their franchise in the state.

“We remind our brothers from the Ebonyi Central Senatorial Zone to give us their support as we supported their brother, Chief Martins Nwanchor Elechi, in 2007 and 2011.

“We equally remind our brothers from the Ebonyi South Senatorial Zone to remember that Izzi Nnodo Youth Forum first declared to shift power to go to the southern zone of the state at the Teachers’ Training College, Igbegu in Izzi Local Government Area of Ebonyi State, and this later led to the emergence of Governor David Nweze Umahi in 2015 and 2019 respectively.”

He said plans are on to ensure that Izzi clan produce a consensus candidate in the person of Architect Edward Nkwegu, before the voting day come 2023 in the spirit of equity, fairness, and social justice.

He said this will lead to enthronement of a credible, competent and transparent leadership in the state.”

The Forum recalled that in 2015 and 2019 respectively, Edward Nkwegu declared interest to contest the governorship position of the state but he was allegedly abandoned by his people just because of their unwavering support for equity, fairness and social justice despite his laudable impacts on human empowerment and development of the state.

The forum maintained that 2023 is a pay-back time to Nkwegu for him to exemplify his managerial and leadership virtues while extolling his gait in his enterprises as an industrialist and entrepreneur both in Nigeria and overseas.