By EditorJanuary 1, 2023No Comments2 Mins Read 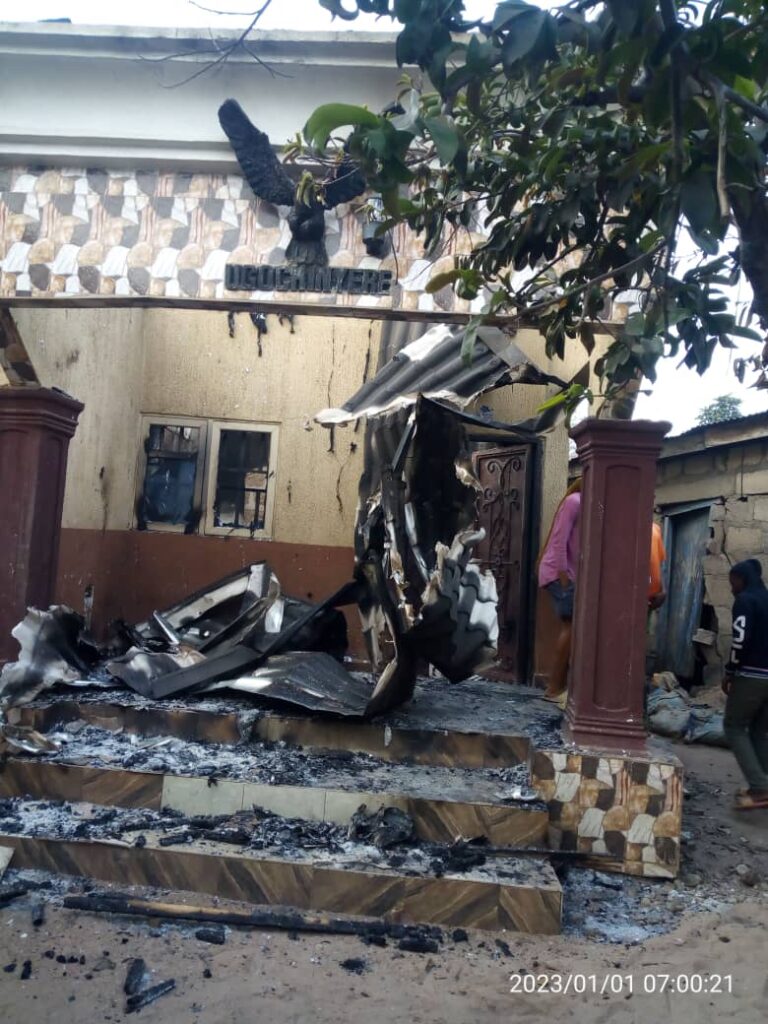 As the world celebrated the new year, gunmen stormed the home of an Ebubeagu commander in Afikpo South Local Government Area of Ebonyi State, killing the wife.

They also set ablaze his country home in Owutu Edda community in the attack which occurred at around 2am on Sunday.

Police spokesperson, Chris Anyanwu, confirmed the incident in a statement.

He said the Youth Leader of Ama-Etiti Amaoso Edda, Nnachi Mba, reported the matter to the Police Division Headquarters in the area.

“At about 0230hrs of 01/01/2023, the house of the Afikpo-South Ebubeagu Commander, Oyeku Kalu Chima located at Owutu Edda, was attacked and set ablaze while his wife Urenwa Kalu Chima was shot dead,” Mr Anyanwu said.

Mr Anyanwu noted that identities of the perpetrators have not yet been established.

He however said that the Ebubeagu Commander whose house was attacked alleged that it was one Okporie Ashango and his cohorts that carried out the attack.

“Further to that, detectives of the SCIID and operatives of the Command’s Tactical Teams have taken over proceedings in the area as the CP orders that the perpetrators must be fished out and brought to book pronto,” Mr Anyanwu said.

He said it is rather unfortunate that mischief-makers are still fomenting fracas in the State in spite of the grace of witnessing a new year.

Ebubeagu is a security outfit formed by governors of the South-East to compliment efforts of security agencies in fighting crime in the area.