By EditorJanuary 2, 2023No Comments3 Mins Read 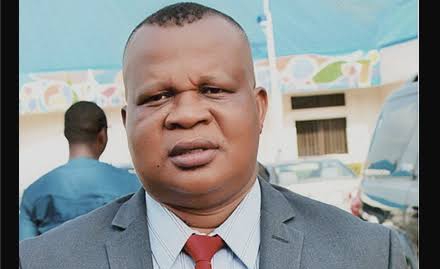 Also many others from the area have been hospitalised and receiving treatment in various  hospitals in the State.

Official reports put the number of those hospitalised at 30 but residents say the number may be higher.

The State government on Sunday scrambled a State Rapid Response Team to the community to help bring the situation under control.

Chairman of the local government, Uchenna Ibiam, led the team which comprised staff of the the state Ministry of Health and that of the National Center For Disease Control (NCDC) to the community.

Addressing the village heads, men, women and youths of Akpoha community, the council boss expressed concern over the unexpected deaths some of whom were children.

He urged the people of the area not to panic as the situation is under control.

He commended the state government for responding promptly especially in sending Rapid Response Team to assist Health Workers at Akpoha in containing the situation.

He further urged the residents of the area  to adhere strictly to medical advice from health professional to stem the outbreak.

Mr Ibiam who took time to visit the victims at the various Health facilities at Akpoha promised to drill four solar-powered boreholes within 2weeks (two per ward)  to enable them have access to clean water.

Ibiam said that his visit was to serve as a psychological therapy to the people of the area and to assure them of the administration’s readiness for humanitarian interventions to save their children from mortality from cholera outbreak and  other diseases.

The Chairman also gave out some  relieve materials including foams, disinfectants and cash to the people.

The people of the area thanked Mr Ibiam for his prompt on-the-spot assessment of the situation and for giving them reasons not to despair.

The latest incident comes three weeks after a similar incident in Ezillo community in Ishielu Local Government Area of the state which claimed five lives.

Meanwhile, a health specialist in the state Ministry of Health, who spoke on condition of anonymity, attributed the incessant outbreaks of cholera in the state to open defecation and lack of potable water in most rural communities of the state.

The health specialist pleaded  not to be named as he does not have official permission to speak to the media.

He, however, urged the State Government to find a lasting solution to the perennial water scarcity in the state and embark the construction of toilet facilities in rural communities.

He noted that the lives of innocent Ebonyi people are at risk because of government’s failure to provide basic amenities.