Enugu residents speak on their expectations for 2023

By EditorJanuary 2, 2023No Comments3 Mins Read 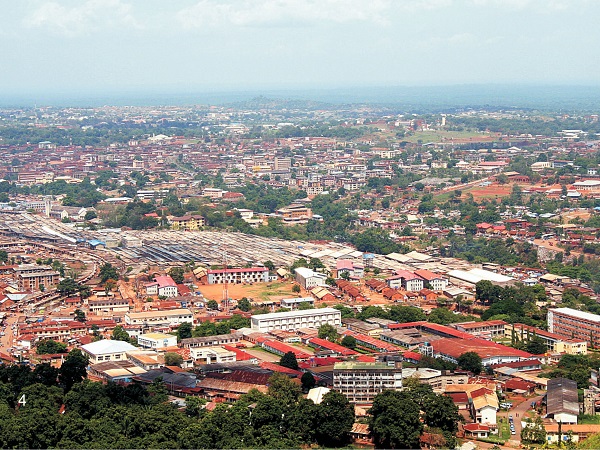 The Residents of Enugu State have bared their minds on their expectations for the New Year, 2023.

In separate interviews with Ikengaonline, many residents lamented the socioeconomic hardships that beclouded the year 2022, while looking forward to more successful 2023.

While some believe that the new year may witness more turbulence in the country, especially the South-East, others hope that things will change for the better.

A resident and a trader in Nsukka Local Government Area, Mr Michael Ozioko, said that Nigeria, particularly the South-East, witnessed a serious decline in the volume of economic activities in 2022.

He told Ikengaonline that, many people would not want to remember 2022, due to many ugly events and hardships experienced.

“For me as a person, I would not want to remember the year 2022. So many things happened which I wish, will not reoccur in 2023.

“My business went down drastically as a result of circumstances that I can say were man-made.

“This issue of closure of markets at will, insecurity, lack of money really affected me badly.

“I wish the government, both at the state and federal levels should do things differently to ameliorate our problems,” Ozioko said.

In a related development, Mr Ambrose Eze, a dealer in building materials at Obollo Afor, in Udenu Local Government Area, lamented the rising cost of living which characterised the year 2022.

He said that the year witnessed a lot of hiccups in businesses occasioned by government policies as well as challenges of insecurity.

“Honestly, 2022 was not particularly a good year for many Nigerians, especially here in the South-East.

“Many policies of government were not favourable to the ordinary people. The increase in petrol led to sharp rise in the cost if living.

“As usual, whenever petrol price is increased in Nigeria, especially towards the year ending it spills to the new year.

“My expectation is that, the Enugu State Government should tackle the issue of security more seriously,” Eze said.

He lamented that the recurring killings in Ehamufu Community in Isi Uzi Local Government Area, affected businesses at Afor market.

“I expect the state government to do more in the area of security in 2023; it is a big challenge,” he said.

Also speaking, Mr Solomon Ude, a resident in Enugu city decried the economic hardship in 2022, and blamed both the government and non-state actors for what he termed, “the misfortune of 2022.”

“Honestly, 2022 has come and gone but the ugly past will remain. Insecurity was the biggest challenge last year.

“I expect the security agencies to change their tactics to curb insecurity in the South-East because our economy is gradually dying.

“The problem of Biafra agitation is also a problem, because for some people to just stand up one day and declare  five days of lockdown in the whole region is not just unfair but a systematic attempt to kill the region,” he said.

Ede, however, appealed to the Federal Government to release Mazi Nnamdi Kanu to douse tension in the region.

“I believe that if NMK is released, there will be relative peace in the region,” he said.

Mr Wilfred Ngene, a resident of Nkanu in Nkanu Local Government Area, also urged government to step up security, adding that, the people of the state need more prayers in 2023.

“Don’t forget that the cause of some of the insecurity is political; they are been fueled by politicians ahead of the elections.

“So, I think the best thing is to pray because this year may be more problematic than the year 2022,” Ngene said.