For the Ezes, it’s a comet of marriage anniversary in an era of divorce

By EditorJanuary 2, 2023No Comments7 Mins Read 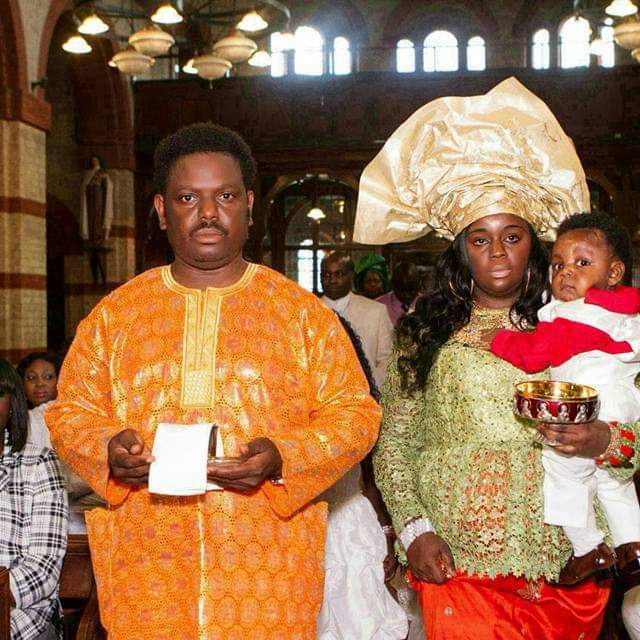 It is a thing of joy to behold a couple chastely glued to one another in admirable marital love in an age characterized by frightening episodes of divorce and home dissolution. This social scandal is more rampant among our celebrities. The new millennium is barely 23 years old today, but it had already seen over 44 cases of divorce among Nigerian Celebrities with this immediate past year 2022 alone recording 14 cases. From Saint Obi to Paul of P-Square, it has been one scary case of divorce to another, with Yul Edochie and Bright Okpocha (Basket mouth) being the latest on the current discussion tray.

And so, the sight of a blissfully prospering marriage is today a breaking news. This was why the invitation by Sir Anterus Chikobi Eze Ph.D and his amiable wife for their 18th wedding anniversary and renewal of marital vows on December 31 2022, at his country home — Ada Obollo Etiti, Udenu LGA Enugu State, was received with jubilation by all who heard or saw it.

At least our kids have something to look up to. Anterus and his wife — Ogonna are models to upcoming generation already faced with statutory crisis of what marriage should be. It is for the sake of these young souls whose innocence is being scandalized by divorce cyclones sweeping across our land, that next week’s edition of our Columnar discourses will focus on the “institutional bearing of marriage in modern times.” They need to be reminded that “abuse doesn’t stop use” and all hope is not lost.

They have to be taught the immortal words of Doug Larson: “more marriages might survive if the partners realised that sometimes the better comes after the worse.”

To them, the sterling example of Anterus and wife serves enough courage that marriage is a beautiful thing.

Meanwhile, people should not make the mistake of thinking that it was all rosy for the couple we celebrate today. Like the popular saying goes: “success is not measured by where one stands in moment of tranquility, but by the obstacles one was able to withstand while trying to succeed.” What we celebrate in Anterus’ marriage of over 18 years is not the utopia of stable successful marriage, but their ability to rise above the challenges of founding and raising a home.

How many times have they had reasons to pick up quarrel and dump each other off the relationship? Yet they saw higher reasons to neglect the burning rage and swallow their prides for the good of their marriage and family. That’s what theologians call marital virtue.

As a confidant of the family, I have firsthand privileged information, how much of these virtues, they exhibited to build an enduring flowery relationship worthy of emulation. Tip of the iceberg is that what we see today is a marriage happily blessed with seven promising cute children, but Mrs. Ogonna had to endure the pain of over four miscarriages in-between. The agony of lost pregnancies is better told than experienced as a couple.

However, while we acknowledge that the grace of God has been sufficient for them in all they do as a family, we must appreciate that Sir Anterus seasoned himself in spartan discipline for a well ordered life as a husband and a father. He is the last born in a family of seven, who grew up looking innocent, soft and boneless. But shockingly, that soft tendril of Late Chief Damian Eze’s household was never given to easy life. The slender body housed a stout soul!

It was the life of the likes of Sir Anterus  that made many (especially native Black Africans) believe that last borns are of special breed. Though all men are defined as “homo religiosus” (inborn religious) researches have shown that our own race are inclined more to religious beliefs than others.

Even the rituals of naming ceremony supports this assertion. For instance, over eighty per cent of Igbo native names have either the prefix or suffix of “Chi” (God).

This was why the hypothesis of Zodiac signs enjoy massive acceptance in this part of the world. And so it was easy to believe that last borns wield some supernatural diadems that makes them often stand out.

Biography of Anterus Eze Ph.D as the last born in a family of seven is lending credence to this. After his primary education at his village — Ada Central School, he was admitted into Sacred Heart Minor Seminary Nsude, and later St. John Ross Seminary Nsukka, for his Secondary School education. He proceeded to Ss Peter and Paul Major Seminary, Bodija Ibadan for his Philosophy degree, after which he went to Pontifical Urban University Rome for his face-to-face Theology studies, preparatory to his desired Catholic priesthood vocation. He was diligent in deciphering the purpose of God in his life while in the Seminary.

He would later realise that his call was to the common priesthood of the faithful and so he switched pursuit of the ministerial priesthood for the former. He married in January 03, 2005 to former Miss Rita Ugwu from Ibagwa Aka.

Ever since, they have lived in mutual affection, virtuous family life and chaste conjugal love. Anterus, as a staunch Catholic learnt from Catechism of the Catholic Church. Paragraph 1601 that “Marriage is a lifelong partnership of the whole of life, of mutual and exclusive fidelity, established by mutual consent between one man and one woman, and ordered towards the good of the spouses and the procreation and education of offspring.”

And Ogonna his wife, who was a catechumen and whom he taught catechism as a Seminarian on apostolic work must have learnt that too.

Ogonna has proved herself a model wife and mother. The type described by the author of book of Proverbs that a “favour is deceitful, and beauty is vain, but a woman who fears the Lord should be praised” (Prov. 31:30).

Anterus adores her in line with this biblical injunction.

Another illustration to what we celebrate today is found in the fact that in the Catholic Church, the fifth joyful mystery of the Holy Rosary of Blessed Virgin Mary is “the finding of the child Jesus in the temple after searching for Him for three days” (LK 2:41-52).

As a kid I had believed that such situation qualifies for anything but “joyful.” A parent lost their child. Went for three agonizing days in search of him, only to find him on the third day in the temple teaching and astounding old Jewish aristocrats and theocrats with answers. And all of a sudden, the parents forgot their sorrowful travails and became joyful?

Well, to us who are followers of Christ presently, it may be a joyful story, but I don’t think it was so for Joseph and Mary in those days.

But as I get older, I came to realise that whatever be the case, the Church is teaching us that the pains we endured searching for Christ doesn’t in anyway measure up to the joy that cascades finding Him. The joy of a beautiful end overshadows the pain of the horrific means, which was why the joy of Easter diminished the pain of Good Friday — the agony of Calvary.

What we celebrate today is the challenges, pain, crisis, hidden storm, real and imaginary battles which Anterus and Ogonna surmounted while trying to engender a blissful marriage of this iconic magnitude. We celebrate their triumph in the past 18 years, while praying that God gives them more grace to continue till the very last end when death (the only power on earth permitted by God to thwart marriage) do them apart!

The event was iced with the formal opening of their newly built mansion in the village, and which was also a befitting souvenir to mark their 18 years of unflinching marital love to the glory of God the father.