By EditorJanuary 4, 2023No Comments3 Mins Read 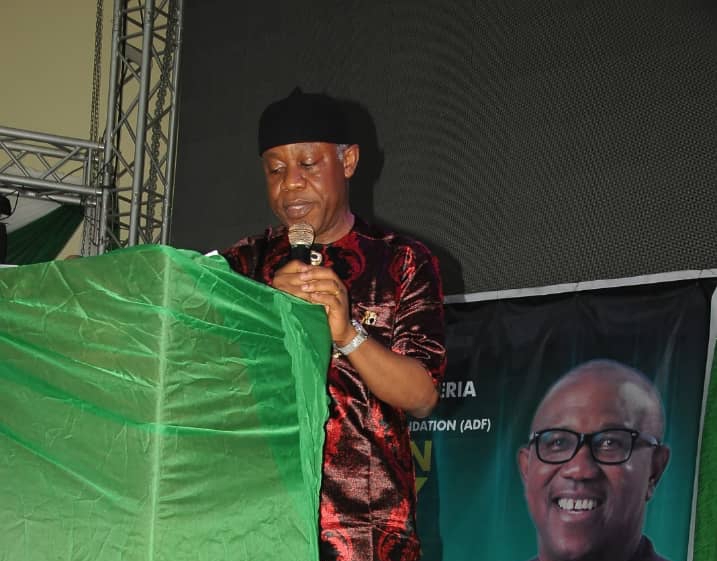 The Imo State governorship aspirant of the Labour Party, Gen. Lincoln Ogunewe (retd.), has expressed sadness over the death of the late President General of Ohanaeze Ndigbo, Ambassador George Obiozor.

Gen. Ogunewe, in a statement, said Obiozor departed at a time his services and fatherly counsel were needed the most.

He likened the late Diplomat to the biblical Moses “who saw the Promised land but had no grace to experience the grace it portended.”

The statement made available to Ikengaonline read in part: “The death of George Obiozor, the President General of Ohaneze came to me as a rude shock. George , my elder, leader and brother should not have left this world at this moment.

“George, a Professor, world class Diplomat, fine and pruned gentleman, prepared the Igbos to herald the coming of the messiah.

“At this most critical point in the life of the Igbo’s, History threw up this Oru man. God knows the quantum and size of the needs, challenges and troubles of the igbos and he created apt solution in the mould of Chief Obiozor.”

The Labour Party aspirant recounted his close ties with Prof Obiozor, regretting that he will miss his wise counsels dearly.

“My relationship with the departed Igbo leader had been robust. He was one of the figures that I consulted as I contemplated on taking up a leadership role in the state. His words were encouraging, and he gave me hope. He believed strongly in Igbo renaissance and never knew that he wouldn’t experience the change he longed for.

“George Obiozor, contrary to speculations in some quarters never hid his support for a Nigerian President of Igbo extraction. In words and deeds, he knocked down all apparent tackles against the realisation of this great Igbo project.

“George served Nigeria with all his might. He gave the best of his brain and brawl for the good of his nation. Both as a young scholar in Lagos, a  Federal establishment officer, an officer on the side of Biafra, a lecturer, diplomat, administrator, community leader and elder statesman, his achievements stood out.”

Gen. Ogunewe further described Obiozor’s death as a monumental loss to the Igbo nation considering his wealth of knowledge, experience and exposure.

“With his death, at a ripe but active age of 82, Nigeria  lost a conscience! Africa’s intellectual content is depleted by ounces. Humanity is at pains with his exit. His home state , Imo , is hugely bereaved.

“We mourn with a Nation in a possible transition from consumptive to productive experience. We mourn with a national  leadership that is at the verge of change. We identify with the immediate family of the bereaved and  with the state of Imo.

“The sad departure of Prof Obiozor is a personal lost. I have lost a confidant, a motivator, leader, mentor and political adviser. He, until his death, has been as supportive as ever, resilient and committed to my quest to become the next Governor of Imo State.

I am glad we had robust exchanges and  my deep-seated  experience with him made me a more prepared aspirant for the governorship position. I pray that the owner of the universe grant him a perfect repose in his kingdom. We expect the present generation of leadership to continue in the lines of our departed leader.”