By EditorJanuary 4, 2023No Comments5 Mins Read 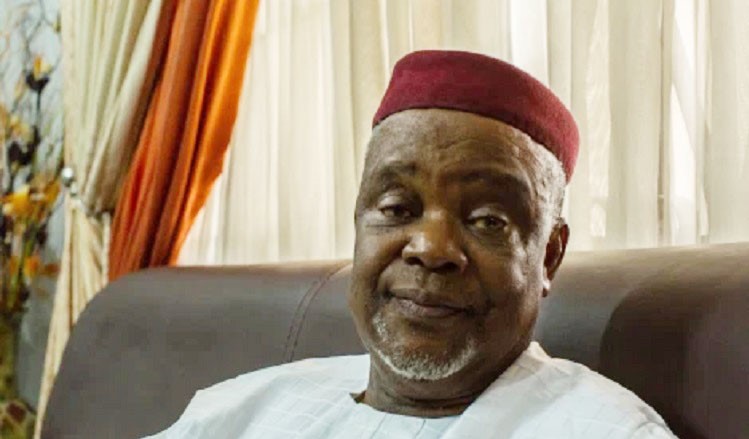 As the recent endorsement of Peter Obi, the presidential candidate of the Labour Party, by ex-President Olusegun Obasanjo as his preferred choice for the February 25 presidential poll has continued to generate reactions among Nigerians, eminent Igbo personalities and groups have hailed the former President for his bold step.

Speaking with Ikengaonline, one of the presidential aspirants of the PDP, and former Deputy Speaker, Abia State House of Assembly, Dr Cosmos Ndukwe, said the forthcoming polls would be based on competence and integrity and not political correctness.

He said that “Nigeria is at the crossroads and needs a political Messiah” irrespective of ones political leaning, adding that Obasanjo and Chief Edwin Clark have spoken the bitter truth to Nigerians.

He said: “I’m super elated by the endorsement of Obi by Obasanjo and Edwin Clark. These are elder statesmen on their departure lounge with their boarding pass, and they have seen Nigeria from the cradle.

“We are looking for somebody who is ready to pull Nigeria from consumption to production country. This is not the time for political correctness but the bitter truth that can save this country because Nigeria is sick.

“We need strong, vibrant, intelligent and visionary young people with integrity that the world can reckon with. All over other progressive countries of the world, it’s young people that are coming on board.

“We don’t need people that we will be changing their diapers or people junketing the world on picnics. We need somebody who will salvage this country from total collapse.

“I’m of the PDP but I give my 100% support to the endorsements by Obasanjo and Clark. I also support what Gov. Samuel Ortom is saying.

The former Commissioner for Trade and Investment, wondered why everybody is suddenly losing sleep over Obi whom they had dismissed as having no clout.

He said he aligned himself totally with Obasanjo and Clark even though he remains a PDP stakeholder.

“That endorsement is proper and timely. They are speaking to Nigerian youths to take over their country from political hijackers.

“What we are voting in the forthcoming election is individual’s capacity and those ready to move the country forward. This issue of party loyalty has terribly put the country backwards.

“This time, we need competence and integrity. Among all the presidential candidates, Obi stands out very clear like 7-Up which has the slogan ‘the difference is clear’.”

Asked if his support for the endorsement of another party’s candidate might not earn him the discipline of the PDP, Ndukwe dared the party.

“Whatever stick they like let them wield? What kind of stick are they going to wield that has not been wielded?

The Professor of Virology who produced HIV/AIDS therapy, said that Obasanjo did not speak for himself but for the vast majority of Nigeria elders.

“OBJ’s endorsement is loaded. It’s a pan-Nigerian endorsement. He didn’t speak for himself but for other elders.

“It’s just like the situation in 1999 when Nigerian elders decided to put forward Obasanjo to quell the trouble in the South-West region arising from the annulment of June 12, 1993 presidential election.

“The elders met and decided to save the situation by paving the way for the South-West to produce the President. Olu Falae and Olusegun Obasanjo were made the presidential candidates of the two leading political parties.

“This was planned and not by accident. It restored peace to the country. The same way, the way to solve the problem in the country now is by allowing the South-East to produce the President.

“The presidency has been rotated, but why are they trying to truncate it because it’s the turn of the South-East? If they do it, it may lead to crisis we may not be able to handle.

“For instance, on Mondays they say we should stay at home. But if police say, ‘don’t mind them, have they been able to protect the people?”

Responding, two-time Minister for Health and Education, Professor Ihechukwu Madubuike, described the endorsement as “a public voice resonating with the values of justice, equity, inclusiveness, good conscience, and, in favor of a new ‘tribe’ of competence and capacity.”

The former Minister who said Obasanjo spoke without bias, hailed him for his courage to speak out.

“It distances itself from political chauvinism and individualism, especially of the Emilokan variety, to embrace a universalist political ideal which also promotes a consciousness that is pro-African of being our brothers’ keepers; that puts into relevance the lessons of the irreversible ravages of time and age on our individual capacities and competences, of water never flowing backwards.

“It is a voice to incubate  a community of sharing, that is  tolerant, youth-sensitive and forward-looking; a country with a praxis to become a nation and ready to drive the process of growth and greatness that has eluded us all this while; a country under a servant God-fearing leadership that listens, is youth friendly, humble and visionary, encompassing OBJ’s TVCP principles of nation building. It is a valent, utilitarian epistle.

“We should make it a gospel, a message of political rejuvenation, of economic and moral redemption for Nigeria.”