By EditorJanuary 6, 2023No Comments4 Mins Read 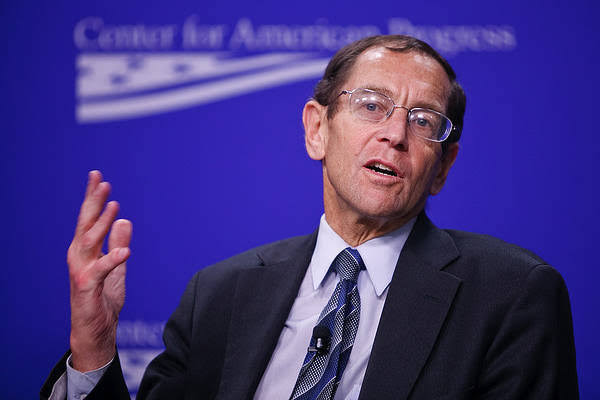 Nearly six months after the United Nations Human Rights Council Working Group on Arbitrary Detention recommended immediate and unconditional release of the detained Leader of the Indigenous People of Biafra, IPOB, Mazi Nnamdi Kanu, his US attorney, Bruce Fein, has written to President Muhammadu Buhari, asking him to immediately comply with the opinion or get ready for severe UN sanctions.

Fein who is Kanu’s International Counsel, bluntly told Buhari to free Kanu if he had respect for God, otherwise, he should have himself to blame for the impending judgment.

He expressed surprise that Buhari was adamant to act on the UN Opinion nearly six months after the document was made available to the Federal Government.

Below is a full text of Fein’s epistle obtained by Ikengaonline:

“Re:  Compliance with Decree of the United Nations Human Rights Council Working Group on Arbitrary Detention to release Nnamdi Kanu immediately based on deprivation of liberty in violation of sixteen (16) international human rights covenants.

If you fear God, you should release Namdi Kanu from his protracted illegal detention forthwith.  If you do not, you should tremble for your fate by remembering that God is just, and that his justice will not sleep forever.

Nearly six months ago, on July 20, 2022, the United Nations Human Rights Council Working Group on Arbitrary Detention issued Opinion No. 25/2022. It unanimously concluded that your Government is illegally detaining Nnamdi Kanu in violation of sixteen (16i) jus cogens international law prescriptions, i.e., they are binding on every nation as universal principles of justice.  Paragraph 105.

The Working Group added, “Taking into account the circumstances of the case, the appropriate remedy would be for the Government of Nigeria to release Mr. Kanu immediately, and for both Nigeria and Kenya to accord him an enforceable right to compensation and other reparations in accord with international law. The Working Group calls upon the Government of Nigeria to take urgent action to ensure the immediate unconditional release of Mr. Kanu.” Paragraph 107.

The Working Group requested a timely update of your Government’s compliance with its decree, which has been scorned.  Nothing has been done to comply with the Working Group’s urgent call for Mr. Kanu’s immediate unconditional release.

He remains in solitary confinement in the custody of DSS. Among other things, Mr. Kanu has been denied necessary medical care for a possible life-threatening ailment. Every day since July 20, 2022, has been a new high-water mark of your Government’s criminal detention of Mr. Kanu, compounding the crimes involved in his initial kidnapping, torture, and extraordinary rendition from Kenya.

If Justice rather than Tyranny occupied Aso Rock, your Government would be the accused and Mr. Kanu the prosecutor.

In a larger sense, your Government’s ongoing criminality spreads far beyond one individual.

Your administration has stooped to genocide and crimes against humanity in destroying, traumatizing, and terrorizing the lives of seventy (70) million Biafrans for exercising their unalienable right to seek, by non-violent means, self-determination, i.e., Government by the consent of the governed.

That cherished right was extinguished by the British more than a century ago.  Nigeria has refused to redress Great Britain’s racist injustice for more than 60 years since independence. One insincere attempt in 1966 was stillborn and provoked the genocidal Biafran Civil War.

Your administration continues to insist, by force and violence, on boundaries illegally drawn by White Men without the consent of a single African. There may be better ways of inviting odium in the eyes of God and natural law, but if there are, they do not readily come to mind.

The American Declaration of Independence proclaims universal norms of justice that continue to thunder like a hammer on an anvil throughout the world.  Governments are formed to secure life, liberty, and the pursuit of happiness; and, that when a government becomes destructive of those ends it is the right and duty of the people to alter or abolish it.

By those universal standards, Biafrans have for decades possessed a right to a free, fair, and peaceful independence referendum as was provided South Sudan in 2011 and Eritrea in 1993.  It speaks volumes that no Fulani has ever been prosecuted for murdering a Biafran in more than 62 years.

Pay heed to Amos 5:24 or risk the wrath of God, the ostracism of civilized peoples, and crippling sanctions from the United Nations Security Council. Let justice roll down like waters, and righteousness like an ever-flowing stream.”