By EditorJanuary 7, 2023No Comments8 Mins Read 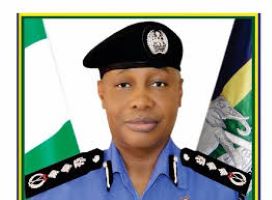 Professor Chijioke Uwasomba is a lecturer in the Department of English at the Obafemi Awolowo University (OAU), Ile- Ife, Osun State, South-West Nigeria.

As a typical Easterner, he decided to visit his Nsulu, Isiala Ngwa, Abia State country- home during the 2022 Christmas holiday.

But his experience with security agents that mounted countless roadblocks (most of them illegal), across the South-East region was to say the least, horrifying.

Speaking with Ikengaonline on his bitter experience, the Professor of English who sounded emotional and furious as he narrated his ordeal, decried the humiliation and continued intimidation of travellers on eastern roads by various security agents.

He said that South-Easterners were being treated like common criminals by these extortionists and brutes in security uniforms.

“Last Christmas I traveled home from OAU where I teach, and I discovered that our people were being treated like criminals by security operatives on the roads.

“On our way home, there were all sorts of illegal checkpoints mounted by security agents where they were collecting money from motorists and travelers with reckless abandon.”

Professor Uwasomba said he was most infuriated by the disdain with which a particular team of police operatives on roadblock at Umuezeala Nsu in Mbano Local Government Area of Imo State treated their victims.

According to him, the team brazenly and callously forced their victims, mainly roughly-dressed Igbo youths to part with sums of money ranging between N5,000 and N10,000.

He said that the most annoying aspect of their impunity was that those who could not afford the charges by cash were forced to transfer it electronically while their vehicles were delayed until the alert was received.

“I spent about one week at home and left on December 29 to return to Osun State. I boarded Peace Mass Transit bus, a 14-seater bus with fleet number 807 in Umuahia en route Onitsha.

“After the boundary between Abia and Imo, we got to Umuezeala Nsu the bus was flagged down along with several other vehicles at the checkpoint. The policemen at the roadblock would peep into the vehicle and if they see you are young and dressed somehow, they would pull you out of the vehicle.

“They were giving these guys (victims) dedicated account number to transfer money into. We were delayed there for over two hours because the network was bad, and they were waiting for the alert to come.

“At a point when I could no longer hold my peace, I walked up to them and said to them that: ‘They can only do this in Igboland.’  Yes, I don’t think they can try that nonsense in the West or North and get away with it. In fact, I don’t know where the security agents deployed in South-East were imported from.

“So, when I confronted them, they told me to steer clear. They said: ‘Go your way oga; just go your way ooh.’ I told them that these innocent boys they were harassing did not deserve such humiliation even if they were criminals. It’s only the court that can pronounce one a criminal and determine the appropriate punishment.

“Police have no right to force a person to transfer money to them on the suspicion that the person is a fraudster or ‘Yahoo Yahoo boy.’ It’s pure illegality and criminality!

“They picked two persons in our own vehicle. After transferring money into the dedicated account number they were released. One of them told me he paid N10,000; and the other N5,000. I asked them to give me the account number but apparently out of fear, they said I should not bother.

“By the time we left the scene after about two hours, several other persons and vehicles were waiting for their own turn. This is very strange!”

Professor Uwasomba who decried the type of policing in the South-East zone called for the intervention of the Inspector General of Police and the relevant authorities to curb the excesses of the erring personnel.

He observed that the brutality of security agents deployed to South-East could also be contributing in fueling the insecurity in the zone.

He regretted that despite a recent confrontation of soldiers by the Deputy Governor of Anambra State over extortion of innocent folks, brutality by security agents in South-East had soared unabated.

“Remember that the Deputy Governor of Anambra State on December 24 confronted soldiers who were also exploiting the people of Anambra State. If you check the amount of money these people are making from our people you will realise that they are really fleecing us.

“Apart from making merchandise of our people, the insult and humiliation are very annoying.”

The Don also expressed fury over the alleged burning of shops by security agents on the New Year’s eve at Ihube Okigwe in Imo State, describing it as “animalistic behaviour and an act of terror,” capable of triggering or fueling insecurity in the zone.

He regretted that many security agents in the South-East still operate  with the military era mentality.

“They don’t have respect for human lives. They don’t know we are in a democratic society. They still think we live in a jungle.

Professor Uwasomba, however, blamed the impunity of security operatives in the South-East on the docility of the region’s political elite and leadership failure in the zone.

He expressed disappointment that the political leaders from the zone had not raised a strong voice against the humiliation of the people by security agents.

The situation, according to him, is more annoying with the realisation that despite countless roadblocks by various security agencies across South-East roads, banditry, kidnapping for ransom and robbery still go on unabated under their noses.

He said that if Igbo leaders were truly patriotic, they would not have abandoned the people to their fate, lamenting that humiliation of innocent citizens by security operatives is more pronounced in the South-East than other parts of the country.

“The Igbo political elite are compromised. Is there any patriotic Governor in the South-East? What you find is that gangsters have hijacked power and taken over the leadership of the zone. They are exploiting the resources of the zone.

“It’s regrettable that political power in the South-East has been hijacked by a group of gangsters without any feeling for the people they pretend to represent.

“Since 1999, whether they are PDP or APC, they are of the same mould, and act in the same manner. This is evidence of failure of governance!”

Asked his choice of candidate in the forthcoming presidential poll and his advice to South-East voters on how to change the narrative, Professor Uwasomba simply urged voters to be guided by their conscience.

“My charge to our people is: let their conscience rule their behaviour. Let them come out en masse and vote for the person they believe can fix Nigeria and change governance style in the South-East.

“For me, I think there is no difference between PDP and APC. They are the same and one people.”

Meanwhile, the Zone 9 Police Command, when contacted, said it had yet to get any formal report on the incident.

Although the Command admitted there were bad eggs among the police, it however, said people most times, accused the police falsely.

Zonal Police Public Relations Officer, PPRO, in charge of  Zone 9 comprising Abia, Imo and Ebonyi states, Dr Jack-Rabin Ini-Obong, told Ikengaonline that the Command was not yet aware of the incident.

“At zone 9, we are not yet aware of it. Some of these things come to us much later after the State Commands in which they happened must have dealt with them.