By EditorJanuary 8, 2023No Comments2 Mins Read 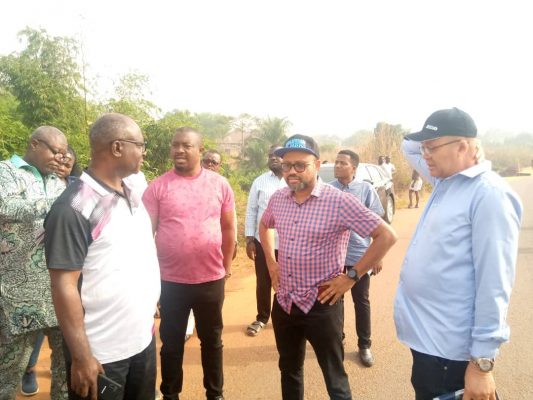 Anambra State Government has called on the Federal Government of Nigeria to expedite efforts towards eliminating flood menace in the state.

The Deputy Governor of the state, Dr Onyekachukwu Ibezim, made the call, Saturday, while interacting with Federal Technical Working Group during the tour of some of the flood affected local government areas in the State.

The tour was part of the on-the-spot inspection of all the affected LGAs in flood affected areas in Nigeria as part of the Federal Government’s efforts towards proffering permanent solution to flood disaster in the country.

Ibezim, while explaining the gravity of damage the disaster caused on the affected areas of the State, pointed out the need for urgent intervention by the Federal Government to permanently end such experience in the country, saying that “the efforts already made by the Anambra State Government will not be enough.”

During the tour, Ibezim called on the team to produce a comprehensive and holistic report that captures the after effects of the recent flood disaster on the state residents at the end of their visit to the State. He also asked the group to ensure that the damage caused by the flood in the State are all contained in their report.

The deputy governor assured that the state will give its total support and security to the team throughout their stay in the State in the cause of their official duties especially in the remaining areas of their visit.

On his part, the leader of the Federal Government’s team, Engineer Dilichukwu Etigbue, assured to make a detailed report that will represent the effects of the flood in the State.