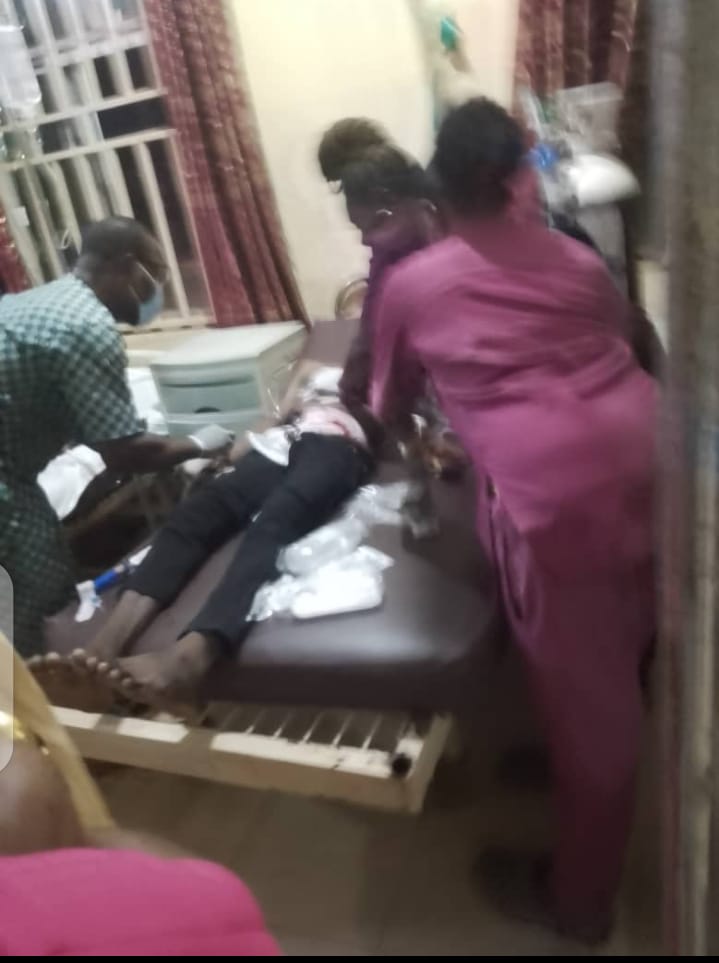 A 200-level student of Nnamdi Azikiwe University, UNIZIK, has been reportedly shot dead, few hours after he returned to school to resume his academic activities following December holidays.

Reports have it that the student who was later identified as Daniel Ogochukwu from UNIZIK’s Philosophy Department, was shot dead while trying to recover his phone from armed robbers who invaded his Success Lodge in Ifite Awka, Sunday evening.

Sources told Ikengaonline that Daniel obediently gave his phone to the armed robbers but requested for his Sim card to which the robbers agreed.

“Holding an already loaded gun and struggling to remove a phone from a tight pack to give Daniel’s Sim to him resulted in the mistaken pull of trigger, releasing shots in the student’s stomach.

“To show that it was a mistake, the shooter shouted “JESUS” and quickly ran away,” the source told Ikengaonline.

Following the incident, Daniel was reportedly rushed to an undisclosed hospital but sadly gave up the ghost due to excess loss of blood.

The incident is not the first in the town as other similar incidents have been recorded in the area since 31st December, 2022.

It would be recalled that on Friday morning along Dike Park axis, residents of Awka suddenly took to their heels when gunmen shot dead an unknown individual.

Similarly on Saturday morning, in the same vicinity, residents  woke up to see a beheaded body at Eke-Awka roundabout.