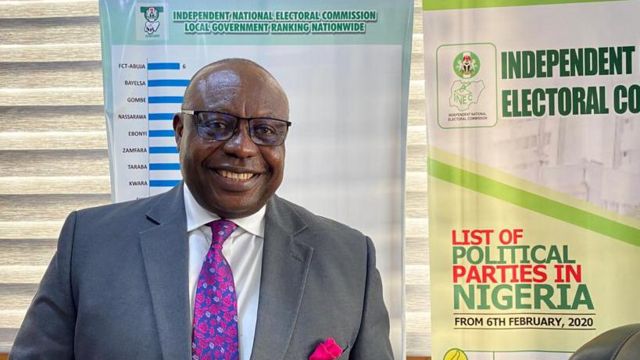 The forthcoming general elections will be decided by Nigerians youths according to the Independent National Electoral Commission, INEC.

Statistics from the electoral umpire indicates that youths constitute 48 million out of the entire 93.5 million eligible voters for the 2023 polls.

National Commissioner at INEC in charge of Information and Voter Education Committee, Mr. Festus Okoye, disclosed this during the commission’s engagement with identified groups on the role of the youth ahead of the 2023 general election.

He said that Nigeria youths could leverage their population advantage to decide on the outcome of the forthcoming elections.

Okoye urged the youths not to stay away from the polls but to fully participate in it.

He said that the forthcoming polls would be technology-driven, disclosing that the commission has fully deployed the needed technology for the polls.

“The commission had already taken delivery of the full number of the Bimodal Voter’s Accreditation System, for the conduct of the election in the 176,846 polling units across the federation. Additional BVAS for contingencies would be deployed to the 8,809 registration areas across the country.

“The BVAS were designed to function offline, and, that only accredited voters would be allowed to cast votes on the day of the polls.

“Only registered voters, who present their Permanent Voters Cards at the polling unit, would be accredited to vote.

“Over 1.4 million ad hoc election staff had been engaged by the commission for the conduct of the 2023 general election, and insurance policy had been secured for them against hazards of the election, especially possible attack.

Okoye advised any ad hoc staff not prepared to resist temptations of compromise by election riggers to withdraw from conducting the election.