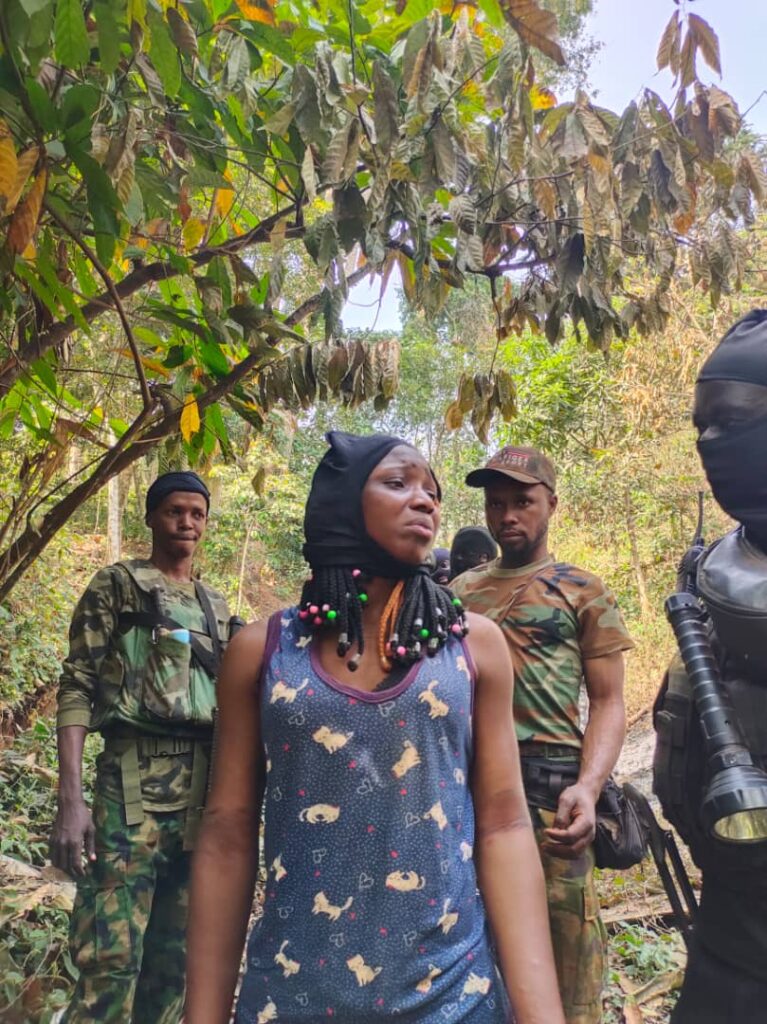 The slain CSO’s body was found in the forest of Unadi Community by a combined team of security operatives, who stormed the camp of the bandits in the forest.

In a trending video, a middle aged lady who did not disclose her name admitted to killing the CSO and others.

“We used his body for sacrifice to our shrine,” she said under tight security.

The mashed body of the CSO was seen where his remains were dumped in a shallow grave and his skulls (head) displayed before the shrine.

A source from the community told Ikengaonline, that this was the height of criminal activities in the area perpetrated by the so-called unknown gunmen.

“When the Fulani came to our forest, the original ESN came and chased them away but later some criminals entered the forest claiming to be ESN.

“They have been terrorising us here in Igboeze South with their headquarters at Aguibeje forest in Igboeze North,” he said.

The late CSO retired from active service in 2018 after 35 years and was temporarily engaged by the chairman in March 2022.

He was abducted from his home in Iheaka, Igboeze South on June 6, 2022, at about 2am after serious torture in front of his wife.