By EditorJanuary 11, 2023No Comments5 Mins Read 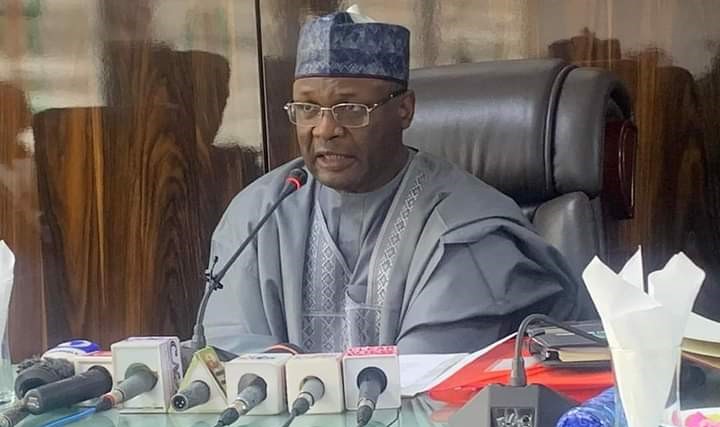 Ninety three million, five hundred and twenty two thousand, two hundred and seventy two registered voters will decide the fate of candidates in the forthcoming general election, including the presidential candidates of the All Progressives Congress, APC, Bola Tinubu; his Labour Party counterpart, Mr Peter Obi; Atiku Abubakar of the Peoples Democratic Party, PDP, and others.

The list of the eligible candidates were contained in the Voters’ Register presented by the Independent National Electoral Commission, INEC, to the Chairmen of the 18 registered political parties in Abuja on Wednesday.

Presenting the register, INEC Chairman, Professor Mahmood Yakubu, said that the commission was ready and fully set for the polls despite security concerns in parts of the country.

He expressed satisfaction with assurances from security agencies, declaring that the commission was determined to conduct a credible poll.

He said: “You would recall that for the 2019 General Election, Nigeria had a voter population of 84,004,084. After the cleaning up of the data from the last Continuous Voter Registration (CVR) exercise (June 2021 – July 2022), 9,518,188 new voters were added to the previous register resulting in the preliminary register of 93,522,272 which was presented to Nigerians for claims and objections as required by law.

“At the end of the period for claims and objections by citizens, the Commission received 53,264 objections from Nigerians to the prevalence of ineligible persons on the register by virtue of age, citizenship or death. These names have been verified and removed from the register.”

The INEC boss further disclosed that the Commission had started airlift of both sensitive and non-sensitive materials to states ahead of the polls.

According to him, substantial quantities of sensitive and non-sensitive materials have already been deployed to various locations across the country.

He said that the last batch of the Bimodal Voter Accreditation System BVAS has been received while the ongoing configuration of the critical technology in readiness for elections will soon be completed.

“In the last two days, we commenced the airlifting of other sensitive materials to states across the country. Already, some of the materials for 17 states in three geopolitical zones have been delivered.

“Furthermore, 13,868,441 Permanent Voter’s Cards (PVCs) have been printed, delivered to states and are being collected by citizens as new voters or by existing voters who applied for transfer or replacement of cards as provided by law.

“Similarly, following the display of the voters’ register nationwide and the conclusion of claims and objections by citizens, a new national register of voters has been compiled.

“I would like to reiterate our commitment to a transparent, credible and inclusive 2023 General Election. We will continue to take every step to protect the sanctity of the votes cast by citizens and to deal with infractions, including the arrest and prosecution of persons that attempt to perpetuate illegality at Polling Units on Election Day, be they under-aged voters or vote buyers.

“Once again, the Commission appreciates the patience of Nigerians who have been queuing up at the designated centres to collect the PVCs. To make it easier, we devolved the collection to the 8,809 Registration Areas/Wards nationwide.

“We have also uploaded the comprehensive list of the Ward collation centres nationwide to our website. The locations can also be identified by sending a short text message to any of the two dedicated telephone lines. The details are also available on the Commission’s website,” he added.

“The repeated assurances by the security agencies for the adequate protection of our personnel, materials and processes also reinforce our determination to proceed. The 2023 General Election will hold as scheduled. Any report to the contrary is not the official position of the Commission.”