By EditorJanuary 12, 2023No Comments4 Mins Read 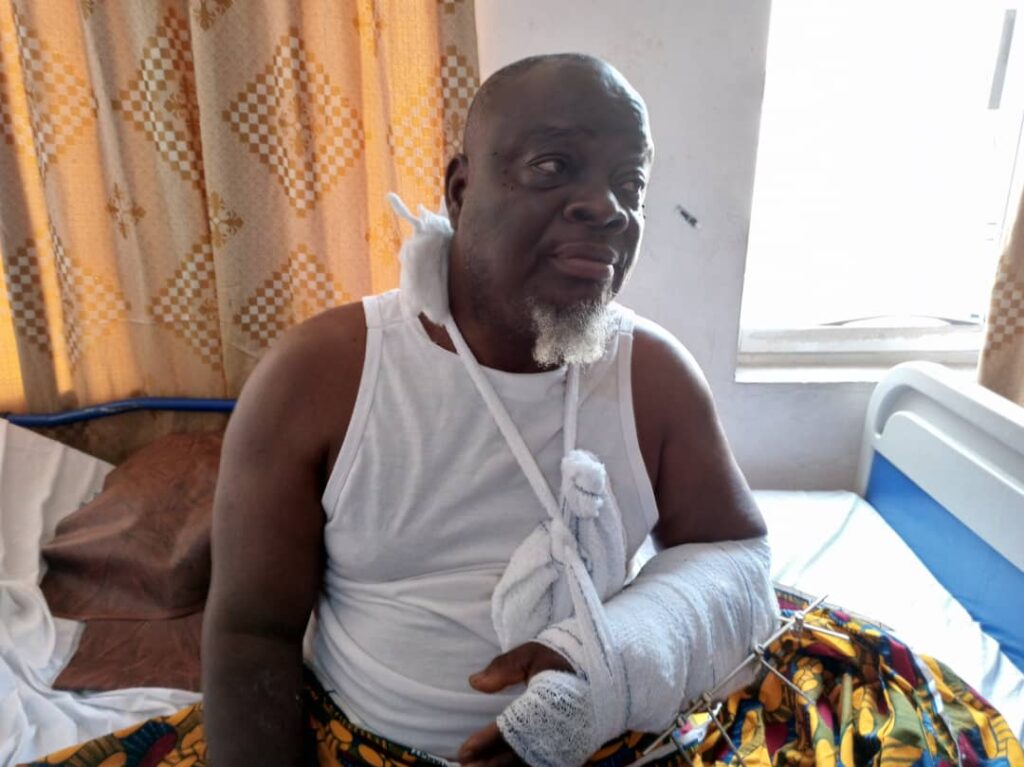 Prince Ikedi, former member of the Abia State House of Assembly was returning to Isuochi with his 11-year old son when the incident happened.

He sustained serious gunshot wounds in his left hand and is currently hospitalised in Umuahia the state capital.

Ikengaonline reports that the attack occurred around the same vicinity where former Prelate of Methodist Church Nigeria, Dr Samuel Uche, and his co-travellers were abducted sometime last year.

The cleric who regained his freedom after N100 million ransom was paid, claimed his kidnappers then were  bandits.

Since then, kidnapping for ransom has been on the increase around Umunneochi- Ihube Okigwe axis extending to Isuikwuato and some parts of Abia North.

The ex-lawmaker who narrated his ordeal to Ikengaonline Thursday in Umuahia said that but for God’s grace, he would have been eliminated or abducted by  his attackers.

“If anyone has not been taking God seriously, let him start to get serious with God because it was God alone who rescued me from the claws of death.”

He said that the killer bullet miraculously got stocked in his bible on the dashboard in front of him.

“One of the bullets which probably could have pierced my heart got stocked in the bible on my dashboard.”

The ex-lawmaker who still looked traumatised, said he was still surprised how God miraculously saved him and his son from the hoodlums.

On how it happened he said: “I was returning from Enugu, and around 4:45pm l branched off from the Enugu-Port Harcourt Expressway at Leru Junction and headed home.

“I met a police checkpoint and I chatted with the men on the road block and gave them something for pure water.

“As I descended the hill and raced towards Lomara Junction where you have a military checkpoint, I saw four boys from the bush with guns. Being conscious of the environment, I moved towards them to scare them to pull out of the road, and I managed to escaped them.

“As I accelerated, I didn’t know that there was another group ahead. So, as I was coming, five of them rushed towards me with guns. In a split of seconds I had my opinions: Go for them so that all of us will either go to heaven or hell? Or how do I escape them?

“But for the grace of God, by the time I swerved, the car would have skidded. They were shooting but I didn’t allow them to get my tires.

“So, as I moved beyond them driving towards Lomara Junction where we have military checkpoint, I saw someone who appeared like a marksman. He targeted me, and within seconds, I discovered that my left hand became very heavy.

“I managed to drive with one hand and blood was flowing everywhere. I increased my speed, and when I got to the military checkpoint I stopped and explained everything to them.

“But more curious thing was that from the checkpoint to where I was attacked, one could hear the gunshots. So, after telling them what happened, two or three of them moved.

“The blood was too much on me as I was looking for who will take me to the hospital. I flagged down a vehicle and I contacted my doctor who arrested the bleeding before I was referred to this hospital.”

Hon. Ezekwesiri when asked said he could not establish the identifies of his attackers but added that analysis of the pellets of their bullets would reveal the type and source of gun used on him.

“One point I want people to note is that the person was a marksman. He probably felt frustrated the way I had beaten those other gunmen. So, for him, it was: let’s go for the killer. He was just aiming at me!”

“The truth is that there is a problem in our land, and we must look for a way out. It has become embarrassing for us as a people. As a community we must rise.

“It’s insulting that a handful of infidels will put every Umunneochi person to this degree of fear. We have to rise, and the time is now.”