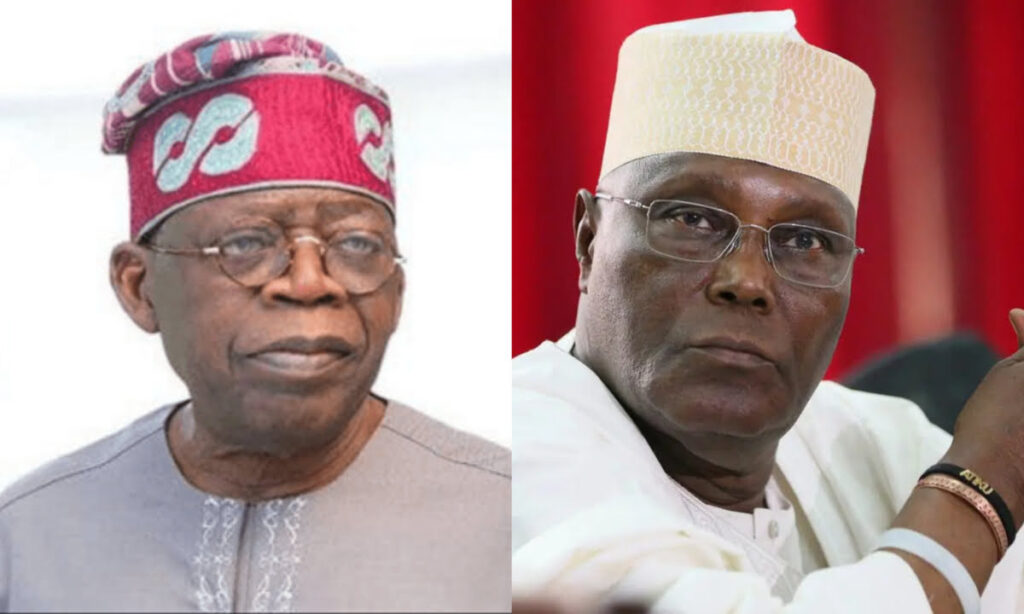 The presidential candidate of the ruling All Progressives Congress, Asiwaju Bola Ahmed Tinubu, has been badly hit by his Peoples Democratic Party, PDP, counterpart, Atiku Abubakar, who cast doubts over the physical, mental and moral fitness of the APC candidate to preside over the affairs of a nation.

The former Vice President was responding to an earlier comment credited to Tinubu that Nigerians should worry over Atiku’s health and not his (Tinubu’s).

Atiku in a statement by the Spokesman of Atiku-Okowa Presidential Campaign Council, Kola Ologbondiyan, in Abuja, Wednesday, told Tinubu to first take care of his health before campaigning for office.

The statement obtained by Ikengaonline read in part: “For clarity, Parkinson’s disease is a brain disorder which symptoms include shaking hands, stiffness of limbs, difficulty with coordination, problem with balance when walking; articulation disorder, memory problems as well as general mental and physical weakness which are all being witnessed in the APC Presidential Candidate.

“This perhaps accounts for the desperation, the endless gaffes, the articulation errors, the incoherence, the many blunders and disconnection from reality for which Asiwaju Tinubu has become the butt of weird jokes among Nigerians and internationally.

“It is rather unfortunate that the APC Presidential Candidate, who cannot stand erect or walk up an elevation unaided, who is plagued by visible tremor of the hands, who palpitates at the slightest physical exertion and who is reported in the public space as being challenged by incontinence could attempt to speak on the health status of any Nigerian.

“Moreover, some medical professionals have associated certain cases of nerve cell death with narcotic use and unhealthy lifestyle and our campaign urges Tinubu to examine himself in that regard.”

Atiku told Nigerians not to entrust the office of the President with somebody with narcotics case in the US.

“Furthermore, Nigerians find it incongruous that the tarnished Asiwaju Tinubu who is badgered by a smelly criminal past including the $460,000 forfeiture sentence for narcotic related offence by a Court of competent jurisdiction in the United States; alleged looting of Lagos State treasury and stripping of her property; cases of forgery, impersonation, perjury, inconsistencies in name, age as well as questionable educational background, ancestry and genealogy could attempt to speak on corruption and integrity.

“Asiwaju Tinubu should rather hide his face in shame given his malodorous activities for which well-meaning Nigerians have dissociated themselves from his Presidential Campaign.

“In any case, Nigerians are aware that Tinubu is not ethically, physically and mentally fit to hold office as the President of the Federal Republic of Nigeria, unlike the decent, honest, physically, mentally and emotionally fit Atiku Abubakar, who exhibits the manifest readiness, intellectual alertness, capacity and experience to lead our nation at this critical time.

“Those pushing Emilokan’s candidature cannot claim to be unaware that he is not fit to preside over a country of 200 million people. They just don’t wish Nigeria well.”

The statement further read: “The campaign also describes as ludicrous the failed attempt by Tinubu , the famed Lagos property stripper, who has gained notoriety as corruption personified and the living example of the ‘artful dodger” , to impugn the impeccable character and integrity of the incoming peoples’ President, Atiku.”