By EditorJanuary 15, 2023No Comments3 Mins Read 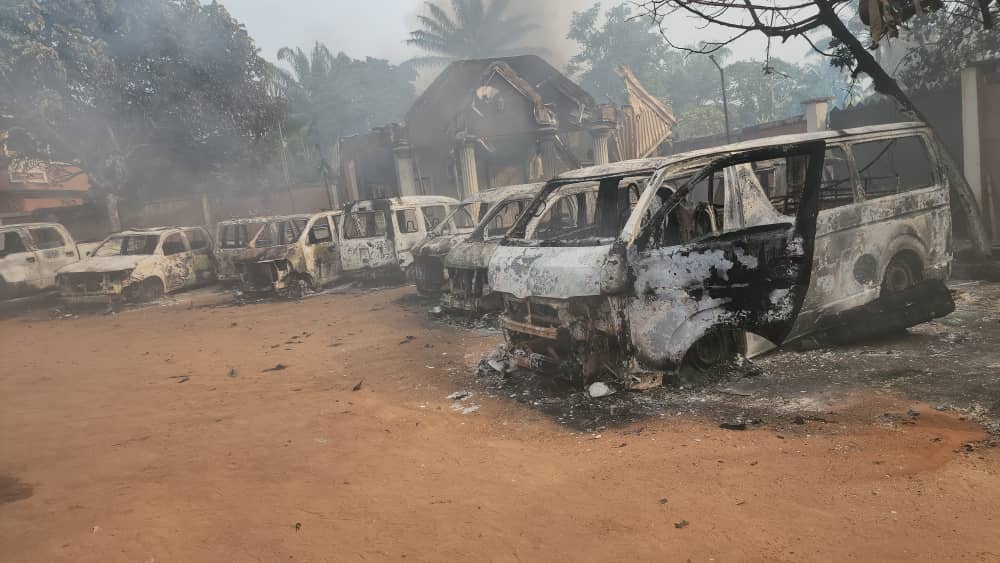 The  Coalition of South East Youth Leaders, COSEYL, has demanded probe on the attack on the home of the Peoples Democratic Party, PDP, House of Representatives candidate for Ideato Federal Constituency, and  the Spokesman of the Conference of United Political Parties, CUPP, Ikenga Imo Ugochinyere.

COSEYL, in a statement by its President General, Goodluck Ibem,  condemned the barbaric attack, and urged the Inspector General of Police, IGP, to immediately investigate the incident and prosecute the perpetrators.

Akokwa country-home of Ugochinyere came under attack on Saturday evening resulting in the death of three persons including his uncle.

Many vehicles parked in his compound were also set ablaze by the invaders whose identities are yet to be established.

Ikengaonline gathered that when Ugochinyere’s attackers could not gain access to him due to stiff resistance by the security forces attached to him, they killed his Uncle, and two other persons in the compound.

The incident was  the second time an assassination attempt was being made on his life.

Ugochinyere has been very vocal against some plots by some anti-democratic forces to manipulate the forthcoming polls.

The statement made available to Ikengaonline read in part: “We condemn in strongest terms the assassination of these three persons who did nothing wrong to be sent to their early graves. When did participating in campaign and electoral process become a crime in Nigeria?

“It is surprising that in a democracy that guarantees freedom of speech and expression, CUPP Spokesperson and the Peoples Democratic Party, PDP, candidate for Ideato North and Ideato South Federal Constituency would be marked for assassination because he sometime exposed the electoral manipulation and rigging strategy of the ruling party APC.

“Ugochinyere in a World Press Conference had exposed the electoral fraud perpetrated by the APC during the Continuous Voter’s Card Registration exercise for the 2023 general election where he showed proof of APC registering dead persons and foreigners as those that will vote in the 2023 election.”

The apex Igbo socio-political youth body threatened to go berserk should anything untoward happen to the CUPP Spokesperson.

“We warn those killers and their sponsors who came to assassinate Ugochinyere who has always stood firm to defend our hard-earned democracy to have a rethink because if any harm should befall him there will be a corresponding response from the Nigerian youths.

“The youths have woken from their slumber to take back their country and we will not be stopped by any antics of anti-democratic forces who have held our nation down.

“We call on the CUPP Spokesperson to stand firm for our democracy and should not be discouraged because the youths are solidly behind him and his vision to defend our hard-earned democracy which our founding fathers fought so hard to achieve.

“We call on the Inspector General of Police, IGP Usman Baba, the DSS and other security agencies to immediately move into action to arrest and prosecute those assassins who came to assassinate the people’s voice, Barr Ikenga Ugochinyere, and ended up killing three innocent persons who did nothing wrong to deserve such barbaric death.”