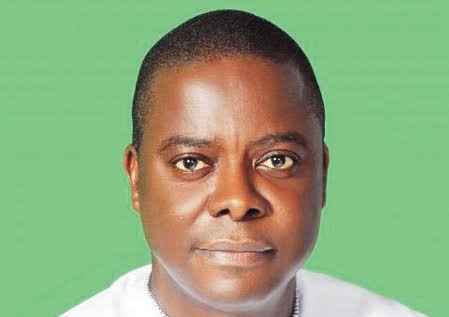 The senatorial candidate of Labour Party, (LP) for Enugu North district, Barrister Okay Ezea has denied rumours that he is having secret meetings with Gov. Ifeanyi Ugwuanyi with a view to stepping down for him.

This is contained in a statement he issued in Nsukka, Enugu State in reaction to insinuations that he is ready to collect huge money from Ugwuanyi and abandon his ambition and his supporters.

Ezea said he could not compromise his senatorial ambition and that he had never held any meeting with the governor on any issue including stepping down.

He said: “The truth is that Gburugburu knows I cannot be compromised; so, they set out to get me to accept an invitation to a meeting with the Governor at any venue of my choice, be it in Nsukka, Enugu, Lagos, Abuja, Port Harcourt, anywhere. I knew their games and I started laughing at their follies.

“All they wanted was to pin me down to a place where it could be alleged that I was with Gburugburu and the decision allegedly taken and money exchanged hands.

“I told them that since Gburugburu became Governor I have had more than 30 meetings with him to discuss the interest of Ndi Nsukka but none was achieved. So why more meetings?”

Ezea urged his supporters to disregard the rumours and remain focused.

According to him: “There’s no cause for alarm, I am not moved by money but principles, equity and justice.

“I will never betray my people just because of money. I have from my early years dedicated my life, energy and resources towards the emancipation of Ndi Nsukka.

I have not changed and will never change.

“Let our people vote to elect their representatives, including the Senator. Let there be a fair and free election. Simple!”

He assured the people of Enugu North district of his commitment in continuing the struggle for the emancipation of the senatorial district.

“Let me assure Ndi be anyi Ndi Nsukka again that, I Okey Nzeogwu Ezea, IDEKE, will never negotiate let alone withdraw for Gburugburu. Please, let our minds not be troubled at all,” he said.

It would be recalled that, governor Ugwuanyi is the senatorial candidate of Peoples Democratic Party (PDP) for Enugu North in the February 25, 2023 election.