By EditorJanuary 17, 2023No Comments2 Mins Read 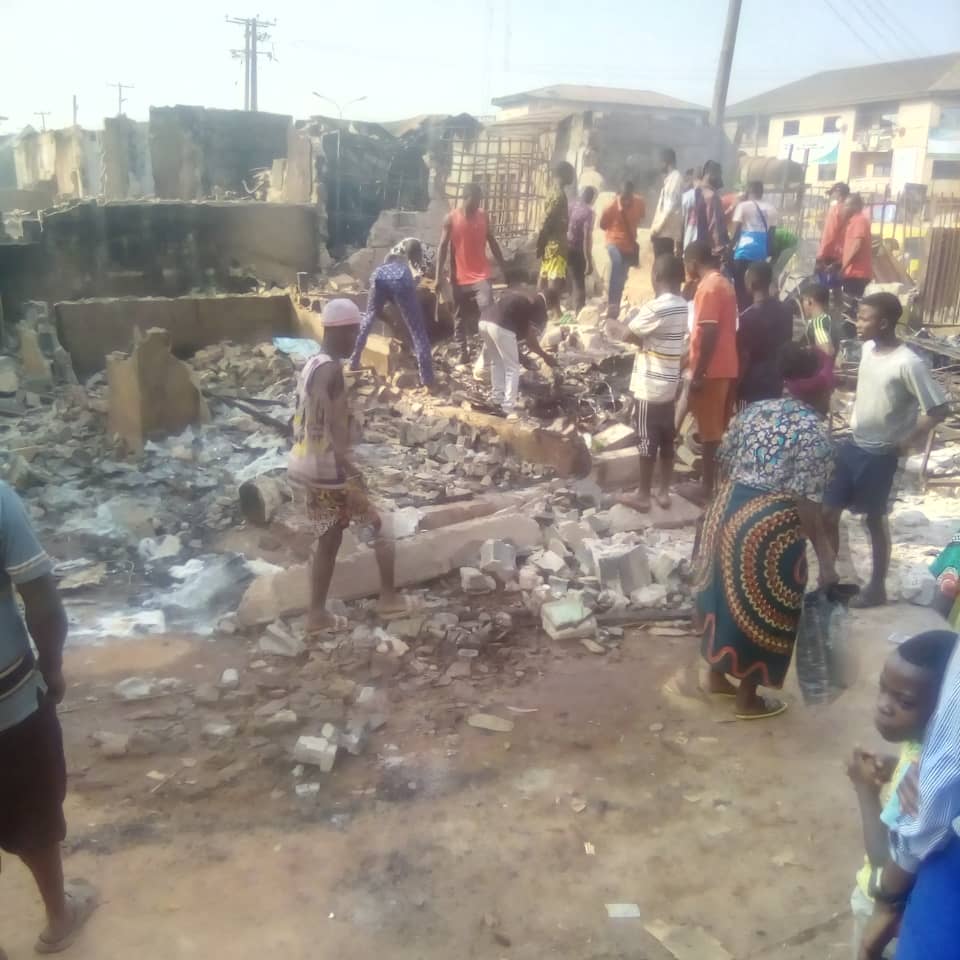 Goods worth millions of naira were destroyed by fire at a section of Garki Market, Enugu  South Local Government Area.

Ikengaonline reports that about 15 shops were totally razed to the ground by the fire outbreak.

According to an eyewitness account, the entire building would have been completely razed but for the intervention of residents who raced to the area on time to help douse the ravaging inferno.

Some eyewitnesses said the fire started from a refuse in the gutter that someone set fire on before spreading and attacking the building.

However, others said the fire was ignited by a Suya seller who did not put out the fire from his oven before he left.

“I don’t know actually what caused the fire incident.  I heard that someone set fire to a refuse in the gutter when they closed for business yesterday and the fire spread and caught the building that housed the shops,” an eyewitness said.

He also said that when the Fire Service personnel came, they could not put out the fire because they lacked enough water.

“It was people that started bringing water from everywhere that were able to contain the fire from consuming the entire building,” he said.