NSCDC seeks collaboration with military in tackling insecurity in Anambra 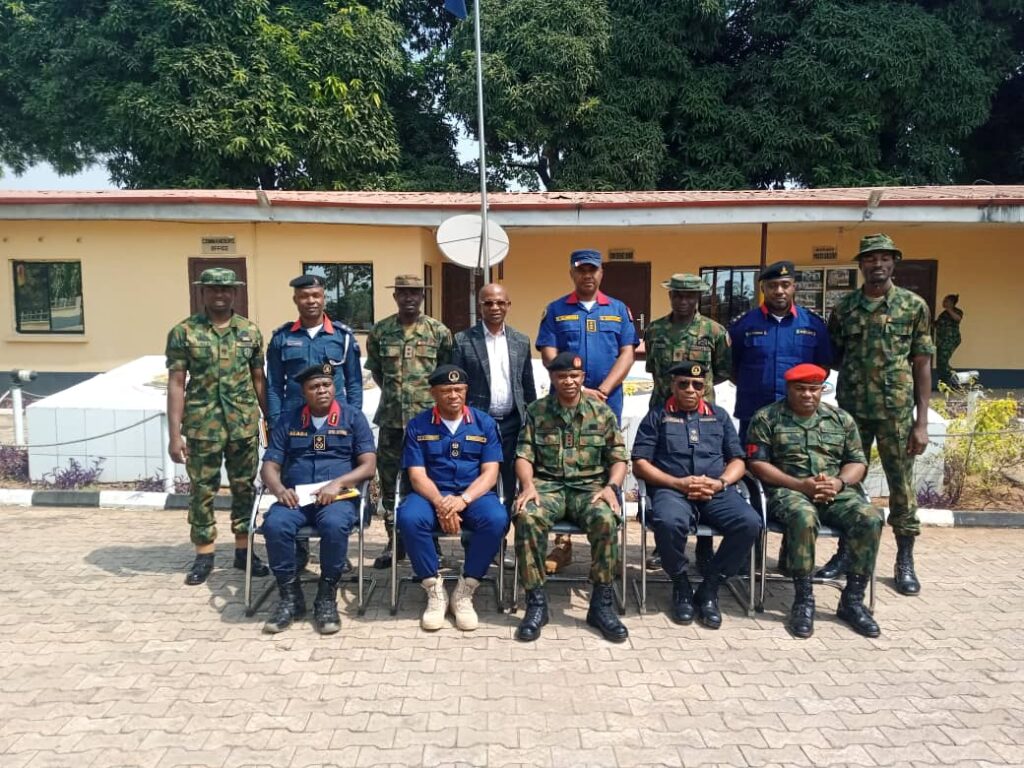 The Nigeria Security and Civil Defence Corps, Anambra State Command has sued for greater synergy and collaboration with the Nigerian Army in tackling security challenges in Anambra State.

The State Commandant of NSCDC, Commandant Chikere Isidore, made the appeal, Wednesday, during a visit to Col. M. B. Abubakar, the Commander, 302 Artillery Regiment (302 AR) Nigerian Army, Onitsha.

The NSCDC Boss said the visit to the Army formation was to strengthen the existing relationship between the NSCDC and the Nigerian Army, adding that he desired to explore the partnership and cooperation that had existed between the two security agencies.

He thanked the Nigerian Army for their continuous support to the Corps in the area of training and retraining of personnel and promised to sustain the synergy with the military in securing the state.

Responding, the 302 AR Army Commander, Col. M. B. Abubakar, expressed delight at the visit and noted that all security agencies work as a team in dealing with security challenges in the State.

Assuring the NSCDC State Chief of his support and cooperation to record more successes in the state, Col. Abubakar noted that it was important NSCDC explored the training opportunities by the Army as well as sharing experiences.

Ikengaonline reports that the visit provided an avenue for the two commanders to exchange ideas and best practices that will lead to the accomplishment of their respective mandates.