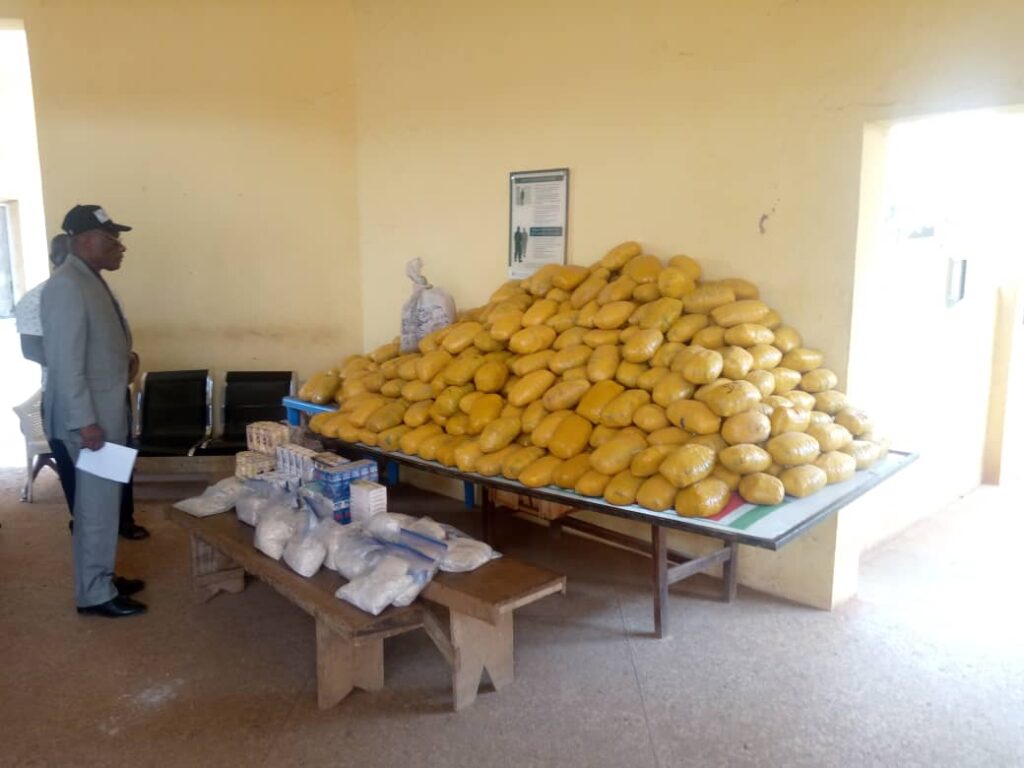 Idim disclosed this at a press briefing on the achievements of the command in 2022, adding that the agency also seized 1,515.301kg of illicit drugs in the state within the same period.

According to him, the suspects include 129 males and five females.

He also said that the command seized 449.721kg of Cannabis Sativa, 1.191kg of Methamphetamine, 3.129kg of Tramadol and 9.755kg of Exol 5, amongst others during the period under review.

The commander said the agency secured 87 convictions, including 83 males and four females.

He added that 54 cases were pending with 90 charges.

He said that 33 clients were admitted under drugs and reduction, with four relapsed cases.

He further disclosed that 26 clients were discharged, while 37 were counselled, with 11 cases pending.

Idim said that 18 clients were referred from operation and investigation for counselling.

“We will continue to raise the standard against the influx of illicit drugs,” he said.

“Let’s sincerely appreciate the military, police and other law enforcement agencies in the state for their cooperation and contributions to the successes so far recorded.

He said that the increase in the quantity of seized drugs reinforced the efficacy of the command’s drug suppression strategies.

“We appreciate the support and commitment of the state government to the fight against drug abuse and illicit drugs,” Idim said.

One of the suspects, Mr Friday Nwene said he was arrested along with a person he sub-let a shop and the owner of the shop.

Nwene said, “Officers of the agency came to my house and arrested me.

“When we reached their office, they told me that they found illicit drugs in the shop.”