By EditorJanuary 20, 2023No Comments2 Mins Read 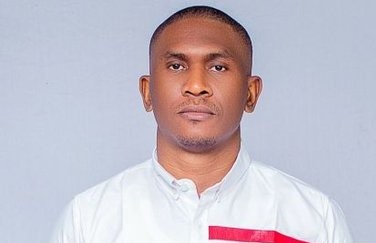 The candidate of All Progressives Grand Alliance (APGA) for Enugu North/South Federal Constituency, Mr Nonso Nnamani, has described the report ranking Enugu State University of Science and Technology, (ESUT), as the 10th worst university in Nigeria as worrisome.

He said the report was a colossal failure of the PDP-led administration in the state.

Nnamani stated this in a statement made available to Ikengaonline in Enugu.

He said the report released by by the National Universities Commission (NUC), January 19,  showed that Tafawa Balewa University Bauchi tops the list with 0.59 points, while ESUT came second with 21.00 points.

The APGA candidate said if voted to represent the Constituency, he would work hand in gloves at the national level with the next in-coming government of APGA in the State to rehabilitate public education facilities.

He said:  “It is very shameful that ESUT is now listed as the top 10th worst University in Nigeria, under the leadership of PDP.

“I am going to work together at the National Assembly with the in-coming governor, Mr Frank Nweke, the APGA governorship candidate in Enugu, if elected to revamp the education sector.”

Nnamani sad the report showed why Enugu was the way it is, adding that nothing is working in the state since the PDP administration came on board.

“We are going to work together to improve our education sector and that is part of my watchword and other APGA candidates in the state.

“If Enugu people give us opportunity, we will make sure we improve the state of public schools in the state, “he said.

He reaffirmed his commitment to bring visible change through his 360 Transformative Agenda that would prioritise the welfare and security of residence in Enugu North and South Federal Constituency.

He emphasised the need for sustainable growth through viable policy making, quality representation, and oversight functions.