By EditorJanuary 20, 2023No Comments4 Mins Read 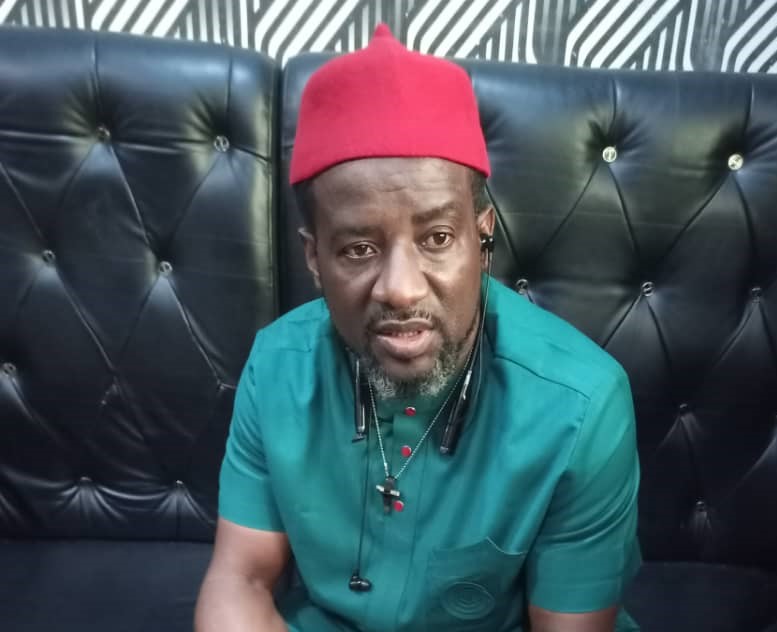 Abia State governorship candidate of the Action Alliance (AA), Onyekwere Akym Uche, has urged Abians to take note of the sources of wealth of various candidates jostling for political offices in the state, and avoid those who became rich through fraudulent government contracts.

The governorship hopeful who made the call in an exclusive chat with Ikengaonline, said economic saboteurs and those who collude with corrupt Government officials to cripple the state’s economy should not be rewarded with political power.

Onyekwere who was upset with the plight of workers in the state following irregular payment of their salaries, said that his emergence would “mark the end of an era when workers had to embark on strike before getting paid their entitlements.”

He particularly decried the backlog of salary arrears owed doctors at the Abia State University Teaching Hospital Aba ABSUTH, and their counterparts at the Health Management Board, HMB, which gave rise to the on-going indefinite strike by doctors across the state.

“Abroad people get paid weekly; it’s crazy to hear a worker is owed for two years, I mean this is evil.”

Onyekwere said a situation where all hospitals in Abia both public and private  had to shut down to protest non-payment of doctors’ salary had gotten out of hand, and urged the State Government to quickly rise to the occasion.

The Isuikwuato-born Economist promised to revive and revolutionalise agriculture as witnessed in the days of the late Eastern Nigeria Premier, Dr Michael Okpara.

Blaming the poor financial condition of the state on wasteful spending and poor knowledge of the leadership in wealth creation, Onyekwere said that under his watch Abia could be making over $2 billion annually from export of agricultural products alone.

He said he would, as a matter of priority, massively engage Abia youths in various forms of mechanised farming and animal husbandry, stressing that various agricultural products which thrive in the state are in high demand abroad.

“US needs cholesterol-free oil, China needs our bitter leaves  and we can cheaply produce and ship this to them and make billions of dollars annually,” he said.

He said that if given the opportunity, he would not depend only on monthly allocations to run the state but tap into the huge opportunities, human and natural resources replete in the state to generate revenues internally.

The US-baded automobile dealer and business guru identified laziness, greed and avarice among the ruling class as big threat to the future of the state.

Onyekwere who will clock 49 in September challenged Abia youths to rally behind a fellow youth to snatch power from those holding the state down.

“It’s time for youths to take back our state if our children will not be slaves to the power hawks that have hijacked this state,” he declared.

He promised to aggressively tackle insecurity and bad road in the first one year of his administration if elected.

The governorship hopeful explained that investors could only be attracted to the state if their security were guaranteed, and the roads accessible.

He described majority of the roads especially the ones leading to various communities in the state as death traps.

The AA governorship candidate also said he was coming to set example of, and promote transparency and accountability in governance, promising to publish monthly income and expenditure of the state for all to see.

He further said that “apart from being the most qualified governorship candidate in the 2023 race,” he was equally favoured by Abia Chatter of Equity that recommended power rotation among the key political blocs in the state.

He argued that Isuikwuato bloc where he hails from, “remains the only letter in Abia acronym that is yet to taste power in the state.”

The governorship hopeful urged eligible Abia voters yet to collect their Permanent Voter’s Cards, PVCs, to quickly do so before the January 29 deadline.

He expressed strong optimism that votes would count in the forthcoming polls because of the Bi-modal Voter Accreditation System, BVAS, recently introduced by the electoral umpire.