By EditorJanuary 20, 2023No Comments3 Mins Read 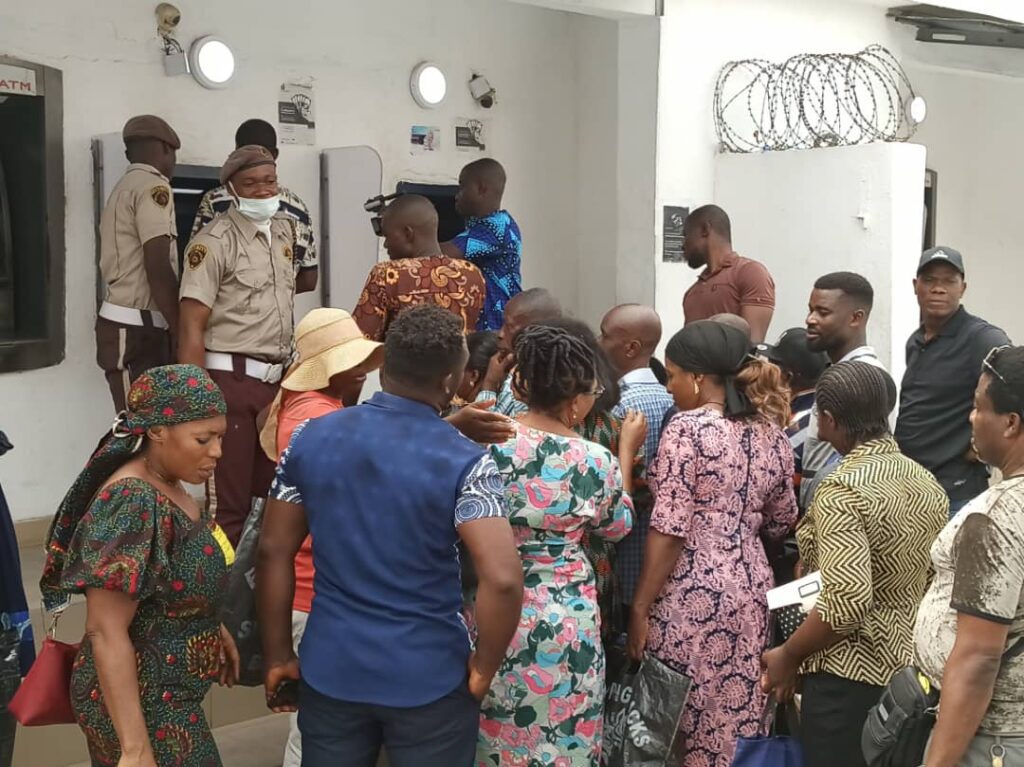 Investigation by Ikengaonline has revealed that commercial banks have constituted a clog in the wheel of progress concerning the distribution of the new currency notes.

The Central Bank of Nigeria, CBN, had given January 31 as deadline for the old N1000, N500 and N200 Naira notes to cease being used as legal tenders.

The apex bank has also said it had released enough quantities of the new currency notes to commercial banks for onward distribution to their customers in exchange of the old notes.

But a visit to most of the commercial banks in Aba and Umuahia, revealed that they were still dispensing the old notes in their Automated Teller Machines, ATMs.

It was also discovered that in some banks only one ATM machine was dispensing new currency notes to customers who formed long queues waiting for their turns.

There have been insinuations that the banks may have been reserving the new notes allocated to by the CBN for  Very Important Personalities, VIPs.

A task force from the CBN which went to monitor the situation in Abia paid unscheduled visit to some banks in Aba and Umuahia.

Our Correspondent who covered the exercise observed that in some banks, on sighting the CBN monitors, their officials rushed to the ATM rooms to load the new currency notes.

They could not provide cogent reasons they had to wait until the unscheduled visit before loading the cash which they had since collected from the apex bank.

The new currency notes have not widely circulated in the state, a development many believe may not be unconnected with sabotage by some black legs in the commercial banks.

In most of the banks visited in Umuahia majority of their ATMs were not functional, while the few ones dispensing cash only had old Naira notes.

Ikengaonline observed in one of the new generation banks opposite Government House Umuahia, that only two out of its ATMs dispensed cash, and closer observation revealed it was paying only old currency notes.

There was, however, an exception in yet another new generation bank on the Bank Road where it was observed that all three of its ATMs were dispensing new currency notes.

The CBN directive was that the new currency notes should not be cashed over the counter at the banks but only accessed through the ATM.

Leader of the CBN Monitoring Team and Director Corporate Communications of the apex bank, Osita Nwanisiobi, told newsmen that the apex bank had released reasonable amount of the new Naira notes to commercial banks in the state.

He threatened severe sanctions against any bank discovered to be hoarding the new notes.

Attempst by Ikengaonline to extract words from one of the Commercial bank Managers on why they were hoarding the new currency notes were rebuffed.