Frustration in Abia as voters struggle for PVCs 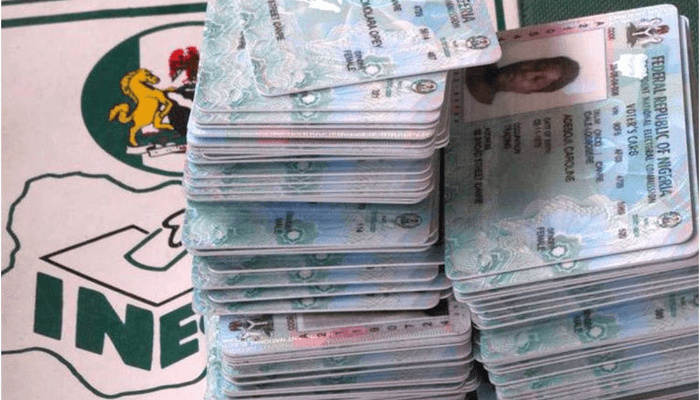 Registrants for the Permanent Voter’s Cards, PVCs, in Abia State, have expressed frustration and disappointment over the delays in accessing their PVCs at the various offices of the Independent National Electoral Commission, INEC, across the state.

The INEC collection centres were overcrowded by registrants scrambling for their PVCs but some of them were embittered that despite waiting for long hours, they were still unsuccessful.

INEC has insisted that the January 29 deadline for collection of PVCs is sacrosanct.

When Ikengaonline visited INEC office at Adelabu Street Umuahia, the facility was over congested as registrants struggled for attention.

Some of the registrants accused INEC staff of frustrating the exercise, claiming that they were not attending to them with seriousness.

They said they were subjected to long hours of waiting without any hope of collecting the PVC.

Mr Akoni Iron, told Ikengaonline that his name was traced on the INEC system but he was told that his PVC had not been printed.

He expressed doubts he would ever get his PVC as he was asked to come back next week.

Similarly, Ferdinand Egbulefu, said he had been to his Ward several days without success before coming to the LGA collection centre.

He accused INEC of not being committed over the exercise, alleging it could be a plan to disenfranchise many people.

Several other people were overheard making the same bitter complaints with some of them saying they have made enough sacrifice just to be part of the forthcoming polls.

They pleaded with INEC to make things easy for people before the Sunday deadline.

Speaking with Ikengaonline, Head, Voter Education and Public Enlightenment, INEC, Mrs Rebecca Jim, blamed the registrants for waiting until there was rush.

She said the Ward collection period was extended by one week to make collection easy for people at their various wards but regretted that they were reluctant until “this dying minutes.”

She, however, pleaded with them to be patient with INEC staff as efforts were being made to attend to them.