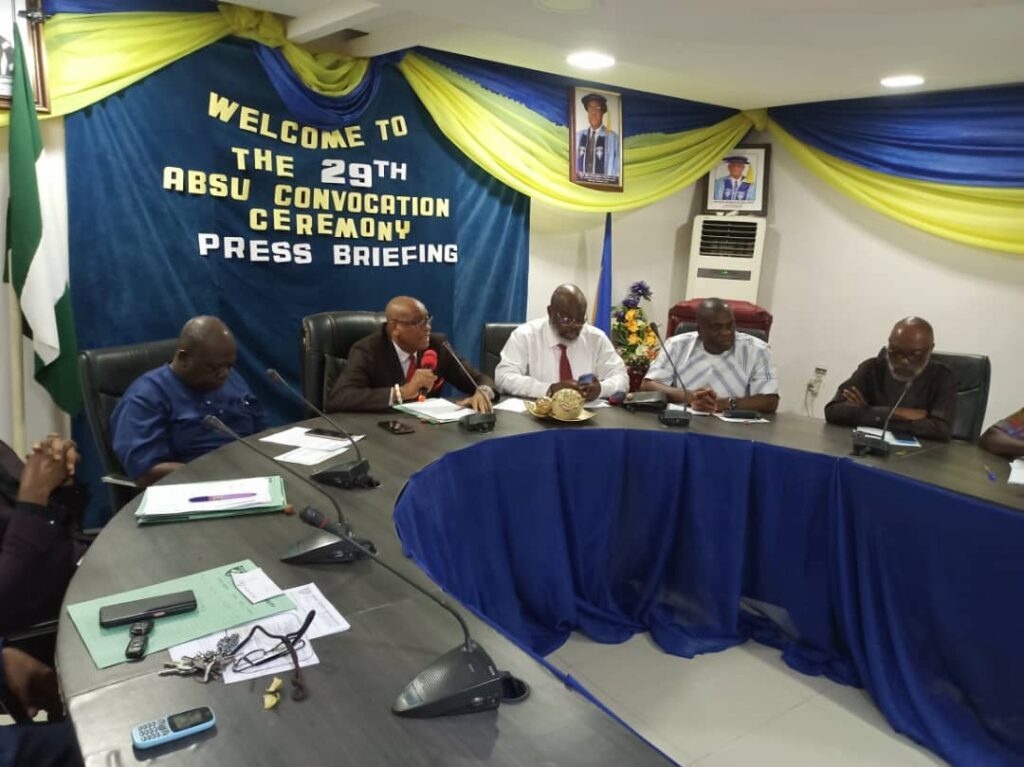 Governor Nyesom Wike of Rivers State, and the richest woman in Africa, Folurunsho Alakija, are among eminent Nigerians shortlisted for conferment of doctorate degree by the Abia State University Uturu, at its 29th convocation ceremony scheduled for Friday, January 27.

This is as no fewer than 19 graduands bagged first class honours in their various disciplines.

Vice Chancellor, Onyemachi Ogbolu, who disclosed this at a press conference Tuesday at Uturu, also said that popular lawyer, Mike Ozekhome, as well as Reginald Stanley, and Aigboji Aig-Imoukhuade, were among those selected to be decorated with the honorary doctorate degre.

He said that the honour was in recognition of their respective services to humanity.

The Vice Chancellor said that a total of 3,724 graduands comprising 77 doctorate degree holders, 138 Masters, 44 postgraduate diploma, and others  would be graduating at the ceremony.

According to him, 110 passed with third class, while only three persons made ordinary pass.

He also said that 110 graduated from Medicine and Surgery (unclassified) while Optometry graduands were 68.

The Vice Chancellor further said that Ozekhome would on Thursday deliver the pre-convocation lecture.

Professor Ogbolu said that key achievements had been recorded in ABSU under his watch.

He enumerated some of the projects executed under his watch which would be inaugurated by Governor Okezie Ikpeazu during the convocation to include: Academic Staff complex housing offices for former Vice Chancellors; and new Department of Optometry block.

Others include: ring road at the Umudike Campus of the Faculty of Law, 500KVA transformer, Medical Centre at Osisioma campus, Information and Communication ( ICT) centre; and the university auditorium.

The Vice Chancellor commended the management of TETFUND for its continued assistance to the university which enabled it execute some of the projects.

The Vice Chancellor also commended the Visitor, Gov. Ikpeazu for his continued support to the university.

He  said his administration had gradually reduced the backlog of salary arrears inherited due to the outbreak of COVID-19 and promised to clear the remaining ones before the end of his tenure.

He equally promised to prioritise staff and students welfare.

On the proposed school fees hike, the Vice Chancellor said it had become obvious that the current school fees regime was no longer sustainable, hence the need for upward review of school fees.

He promised that the increase would not be harsh but minimal considering the biting economic hardship in the country.

The Vice Chancellor also commended the State Government for its numerous supports to checkmate insecurity along Uturu-Okigwe road, expressing joy over the restoration of security in the area.