By EditorJanuary 24, 2023No Comments3 Mins Read 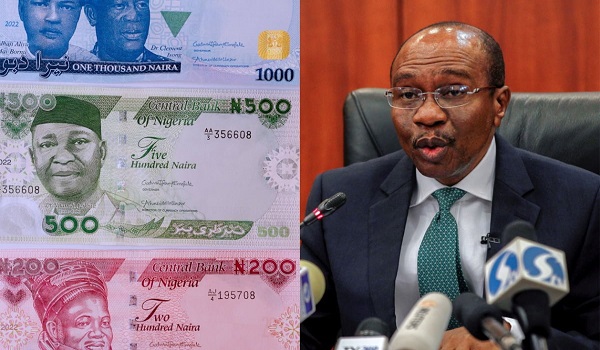 Barely seven days to the deadline for the new naira notes to take effect across Nigeria, residents of Enugu have lamented the non-availability of the new notes in the state.

A survey by Ikengaonline in parts of the city shows that many POS outlets, even Banks do not have the new N200, N500 and N1000 notes to dispense to customers.

According to the survey, the new notes are just not in circulation in and around the city.

Many residents who barred their minds to Ikengaonline on the situation called on the Central Bank of Nigeria (CBN) to extend the deadline for the good of the people.

In separate interviews with Ikengaonline, residents said the timing was short and called for longer extension.

Omotayo, a Legal Practitioner, said  the new notes have not circulated well enough.

According to him, the CBN will have no option than to extend the time, adding, “otherwise Nigeria may witness an unprecedented protest that may arise out of frustration by the citizens.”

In the same vein, Mr Emmanuel Nweze, a businessman, said he has received the new naira notes only once, saying that the deadline cannot work.

“But Nigerians have been used to suffering, we can still bear it but it is going to be difficult to cope with,” he said.

Nweze noted that until now the new notes are nowhere to be found.

“The POS is not giving out new notes; the banks are not giving to customers; even today I withdrew N10,000 from POS, still they were old notes,” he said.

A petty trader, Mrs Maryline Ugwu, also complained that the new notes were not available anywhere.

“They cannot do that because there are no new notes. Even at ATM they still pay old notes; so, they have to extend it.

“The POS operators in my neighborhood here in Meniru, Awkunanaw area, have announced that they will shut down on 28, so what are we going to do; to stop our business and continue to wait for the new notes,” she asked.

Also speaking, a bus driver, Mr Fidelis Ede, urged the CBN to extend the deadline in the interest of the masses.

In a recent Radio programme monitored by Ikengaonline in Enugu, the State Director National Orientation Agency (NOA) Enugu, Mrs Calista Ugwu, sensitised residents on the redesigned naira  notes to ensure that everyone including those in the hinterlands get to know about the new notes as a legal tender.

Ugwu advised people to ensure that they change the old ones that are same denominations among the redesigned ones that are still in their possession through banks before the deadline of January 31, 2023.