By EditorJanuary 24, 2023No Comments5 Mins Read 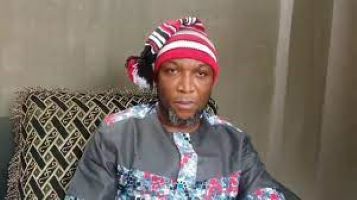 Mr Kingsley Kanu, younger brother of  Leader of the outlawed group,  Indigenous People of Biafra (IPOB), Nnamdi Kanu, has dismissed the suspension slammed on him by the leadership of the group.

Mr Kanu in a reaction on Monday said he remains a bonafide member of the organisation.

Ikengaonline had reported how the group announced his suspension on Sunday night accusing him of various infractions.

The suspension order was signed by one Chinedu Collins said to be the National Coordinator of the group in Germany.

The statement accused the younger Kanu also know as Kanunta of insubordination to IPOB leadership, forming a parallel leadership in Germany and flouting the group’s code of conduct.

Mr Kanu was accused of “imposing and parading an expelled IPOB member, Mr. Ogbenna Abraham as the new National Coordinator in Germany with the sole intent to cause division within the existing structure in Germany.”

But Kingsley Kanu in a reaction through his social media handles noted that Mr Collins Chinedu who signed the suspension order lacks the locus to sack him as he has since been removed as the National Coordinator of the group for Germany by Nnamdi Kanu himself.

“I am born for a day like this, Kanunta Kanu is very much around,” he said.

Posting a screenshot of a tweet by one of Kanu’s Lawyers, Mr Alloy Ejimakor, Mr Kingsley Kanu popularly known as Kanunta noted that Nnamdi Kanu issued a directive to the Leadership of IPOB last year from detention through his Lawyers to remove Mr Collins Chinedu and replace him with Mr Ogbenna Abraham.

“This is to inform the general public that Mr Collins Chinedu, was officially expelled from  IPOB family Germany by  Mazi Nnamdi Kanu on 28:11:2022 through  Aloy Ejimakor. And his successor is Mazi Ogbonna Abraham,” he said.

Checks on Mr Ejimakor’s Twitter handle shows that the Lawyer after a visit to Kanu in November actually announced the IPOB Leader’s directive to IPOB Director of State Affairs, Chika Edoziem, to appoint Mr Abraham as the new Interim Coordinator for Germany.

“Today, I had a visitation with Onyendu and he asked me to make it public that he had asked one of his Lawyers to do a Memo to Mazi Chika Edoziem to announce Ogbonna Abraham as the new Interim Coordinator for Germany; and that Edoziem and the Lawyer who did the Memo can confirm this,” Mr Ejimakor wrote.

In another statement, Mr Kingsley Kanu accused the Directorate of State Affairs(DOS) of flouting the orders of his Elder Brother and Leader of the group, Nnamdi Kanu, which is why he is having issues with them.

He wrote: “If you want to see the best of Kanunta Kanu, obey Mazi Nnamdi Kanu’s orders without any hesitation. That is my problem with the cabals @real_IpobDOS. That is the fact,” he wrote.

Meanwhile, Mr Ogbenna Abraham, the factional National Coordinator for Germany has also reacted to the suspension.

In a statement he issued on Monday, Mr Abraham reiterated that Mr Chinedu has been expelled from IPOB by Mr Kanu.

He said: “This is to formally notify all members of IPOB family and the general public that Mr. Collins Chinedu was expelled from IPOB by Mazi Nnamdi Kanu.

“This was made public and official by Mazi Nnamdi Kanu on the 28th day of November 2022 through Barr. Alloy Ejimakor.”

“Please, disregard any information coming from him as he is no longer the national coordinator of Germany and neither is he a member of the IPOB family at large so he no longer possesses the power or authority to suspend anyone or take any decision on behalf of the family,” he added.

“Need I remind us that Mazi Nnamdi Kanu is and remains the highest authority as far as the present IPOB is concerned.

“Every member of IPOB is expected to respect and work under his authority because he has sacrificed a lot for this cause.

“We wouldn’t be here if he had not stood his ground. His intentions are pure and so is his decisions.  So, let all of us keep this in mind before we decide to defy his instruction/instructions,” he added.

IPOB is a group leading the agitation for an independent state of Biafra, which it wants carved out from the South-East and some parts of the South-South, Nigeria.

Its leader, Mr Kanu, is standing trial in Abuja for alleged terrorism.

Since his arrest and detention, the group has battled to stay united but it seems it is gradually disintegrating from within as some of its leaders battle to outwit each other.

Mr Kanu’s follower, Simon Ekpa, allegedly broke away last year and formed a parallel group, known as auto pilots which has been accused of carrying out most of the deadly attacks in South-East Nigeria.