By EditorJanuary 5, 2023No Comments4 Mins Read 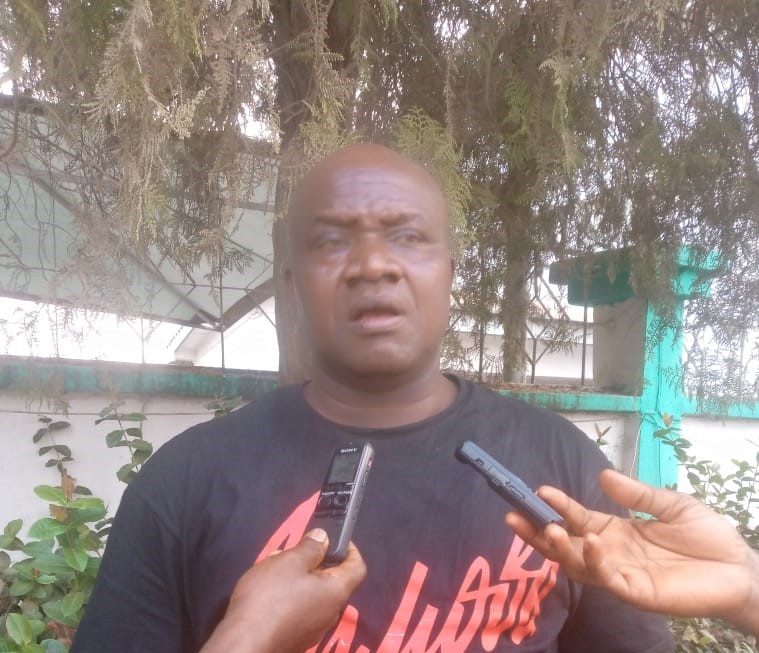 The gunmen also also burnt his two houses in the attack which happened on New Year’s day.

Ikengaonline had reported how gunmen invaded Chima’s house in Amaetiti, Amaoso Edda in the local government and shot Urenma dead and then set the Commander’s house ablaze.

Mr Chima while speaking to our Reporter in Abakaliki said the attack on him was an offshoot of the recent clashes between supporters of two political heavyweights in Ekoli Edda, in the same local government.

This led to the killings of a Policeman, younger brother of Emegha and a youth leader with houses and other valuable properties burnt.

Mr Chima said the thugs unleashed the mayhem because he refused to assist them to get Police report to enable doctors remove bullet from the legs of one of those who perpetrated the Ekoli Edda boxing day clash.

He said: “On 1st January, 2023, I was sleeping in my bed with my wife and my two kids, Blessing Kalu Chima 12 years old, and Roseline Kalu Chima 2 years, when I heard gunshot in front of my house which woke me up immediately.

“I walked to the window and opened the curtain and saw men with Ak-47 riffles numbering about 19 and I know them all.

“One of them who is Coordinator of one of the Development Centres in our local government was positioning them, ordering them to cordoned off my house. Some of them hit my door twice. I told my wife let’s run away.

“Because of my wife’s pregnancy, she couldn’t run. When the door was hit the third time, I left my wife and my children from the backyard.

“I entered the fence and jumped the fence and landed on where villagers throw wastes. I lay there and heard the last gunshot and my wife shouted and couldn’t talk again. They poured fuel on my two houses and set them on fire.

“I called my PA to go and see what is happening in my house. When he got there, they had finished everything they were doing and he saw the dead body of my wife and my two kids there.

“As I am talking to you, that Coordinator of one of the Development Centres in the local government who led the group has been arrested.

“He is in the crack office of the state police command in Abakaliki here. Others are on the run but the police are seriously looking for a way to arrest them.

“These group of people went and burnt the State APC Chairman’s House and killed his brother. Unfortunately, police shot one of them on the leg that day they perpetrated the act.

“He called one of them that followed them to attacked my house and told him that he should beg me as a Commander of Ebubeagu to meet with the DPO to give him police report for him to use it so that the doctor can remove the bullet. I met Assistant Commissioner of Police and reported it to him,” Mr Chima narrated.

Ebubeagu was set up in 2021 by governors of the five states in the South-East to help in the fight against insecurity in the region, which has witnessed deadly attacks linked to the Biafra agitation by the outlawed Indigenous People of Biafra.

But the security outfit has been accused of extrajudicial killings like in the tragic incident in July 2021 where some Imo youths returning from a wedding ceremony were shot dead at a close range.

Operatives of the security outfit have also been targets of gunmen attacks in the region.

Gunmen, in October, killed a member of the Ebubeagu in Ebonyi.

Two other operatives of the outfit were also killed by gunmen in November in the state.