Alarm! Why 2023 polls may be cancelled, postponed – INEC 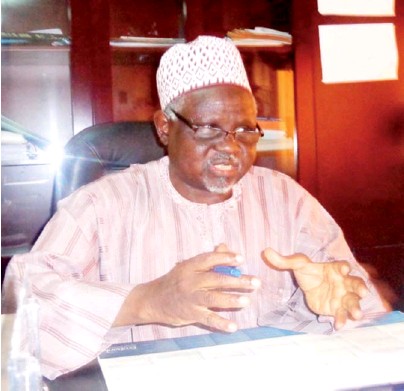 The Independent National Electoral Commission, INEC, has raised the alarm that the 2023 polls might be postponed or called off if the growing wave of insecurity in many parts of the country is unchecked.

According to the electoral umpire, there might be a constitutional crisis if insecurity in some parts of the country leads to non-declaration of election results.

Chairman, Board of The Electoral Institute, TEI, INEC’s training arm, Prof. Abdullahi Abdu Zuru, made the observation Monday in Abuja at the validation of election security training resources.

Chairman, Christian Association of Nigeria, CAN, Abia State chapter, Apostle Emmanuel Agonmuo, had earlier told Ikengaonline that there were plots to cancel the forthcoming elections.

The cleric called on Nigerians to stoutly resist any attempt to manipulate the outcome of the polls.

Meanwhile, INEC, has told Nigerians to be vigilant and help in restoring peace in their localities for a peaceful conduct of the elections.

Professor Zuru said that without a peaceful environment credible poll might not be guaranteed.

He said: “We all appreciate the fact that Election Security is vital to democratic consolidation through provision of enabling environment for the conduct of free, fair, credible and inclusive elections and thus strengthening the electoral process.

“Consequently, in preparations for the 2023 General election, the Commission is not leaving anything to chance in ensuring that intensive and extensive security are provided for election personnel, materials and processes.

“This is particularly significant to the Commission given the current insecurity challenges in various parts the country and the fact that the National Youth Service Corps NYSC members constitute the core of the Polling Unit Election officials.

“Moreover, if the insecurity is not monitored and dealt with decisively, it could ultimately culminate in the cancellation and/or postponement of elections in sufficient constituencies to hinder declaration of elections results and precipitate constitutional crisis.

“To this end, the National Security Adviser, Gen. Mohammed Babagana Monguno and the Chairman, INEC, have jointly assured the nation that conducive environment will be provided for successful conduct of the 2023 general election.

“On its part the Commission, through The Electoral Institute, has institutionalised the development and implementation of a cascaded training mechanism for security personnel as a critical component of its training plan.”

He said emboldened by protection offered by the amended Electoral Act, the Commission introduced innovative technologies and procedures and made commitments to the Nigerians that continuous verification, accreditation and voting will be conducted at the polling units using the Bimodal Verification and Accreditation System (BVAS) and real-time polling unit-level results will be uploaded on to the INEC Results Viewing (IReV) Portal using the same BVAS.

“These commitments require innovative security strategies and deployments for protection of voters, election personnel, materials, equipment, the electoral processes as well as the general public and infrastructure.